A 23-year-old Victoria, Texas, police officer is under investigation after he used a taser on a 76-year-old man twice Thursday following a conversation about a vehicle inspection sticker, which unbeknown to the officer, the man was not even required to have on the vehicle because it belonged to a dealer.

Nathanial Robinson’s dash cam captured a portion of the confrontation, which started after he followed Pete Vasquez as he pulled into the car lot. Robinson can been seen walking up to the car, as Vasquez exits the vehicle. Robinson apparently questioned Vasquez about the vehicle’s lack of a valid inspection sticker, but Vasquez later told the Victoria Advocate, he tried to explain to Robinson that the car, because it was dealer-owned, was not required to have one.

Vasquez then attempted to walk away to get the car lot’s manager, at such time Robinson grabbed his arm and slammed him onto the hood of his patrol car, before placing the old man in a lock and wrestling him to the ground.

The two men went out of the dash cam’s view for a few moments before Robinson reappears with his taser aimed at Vasquez.

At that point, Larry Urich, the car lot’s sales manager had walked outside to witness what was happening.

“I told the officer, ‘What in the hell are you doing?’ This gentleman is 76 years old,” Urich said. “The cop told me to stand back, but I didn’t shut up. I told him he was a goddamn Nazi Stormtrooper.” 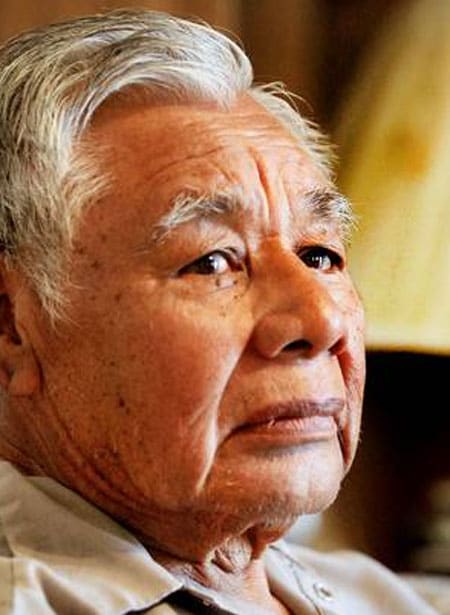 “The police department is supposed to train their police officers to be more conscientious and use common sense,” Pete Vasquez said. “I don’t think he had any.” (Photo: Victoria Advocate)

The police department verified that Vasquez was tased twice.

“He just acted like a pit bull, and that was it,” Vasquez said. “For a while, I thought he was going to pull his gun and shoot me.”

Additional officers showed up at the car lot momentarily and one concerned officer questioned Vasquez about what happened and whether the man was hurt.

“Are you hurting anywhere?” the unidentified officer asked.

Vasquez was transported to a local hospital, where he spent the next two hours, under police custody.

Eventually, Vasquez was released without an arrest or even a citation because it was determined that he had done nothing wrong.

“He didn’t want me to think that all policemen are like that,” Vasquez said.

Robinson was placed on administrative leave the following morning and the incident remains under investigation.

District Attorney Stephen Tyler has not yet been contacted about the incident, but said that if authorities determine criminal wrongdoing, moral wrongdoing or a policy violation, Robinson, who has been with the force for two years, could possibly face charges, including official oppression, injury to elderly and aggravated assault.

“Public trust is extremely important to us,” Craig explained. “Sometimes that means you have to take a real hard look at some of the actions that occur within the department.”

“You want to make sure you give the right kind of person a badge and a gun,” he added.