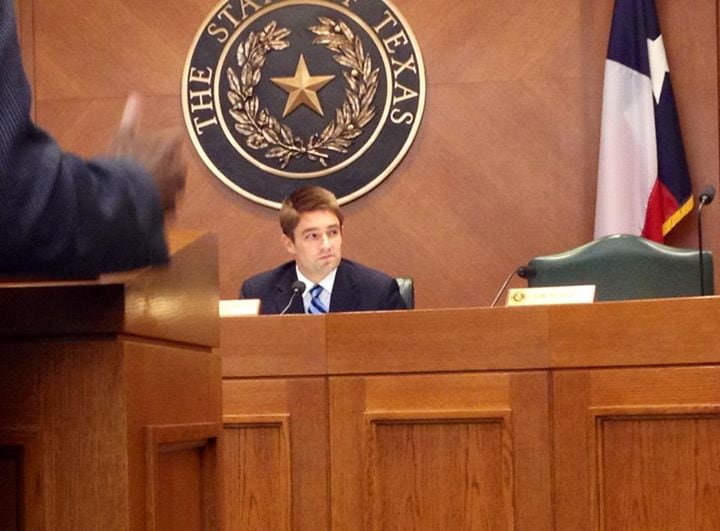 On the second time around a bill for an annual tax-free holiday weekend on guns and hunting supplies in the Lone Star State may gain the traction it needs to become law.

The measure, pre-filed last month for the upcoming 2015 legislative session, would set aside the last weekend in August as a tax-holiday for guns, ammo and also archery equipment, hunting blinds and stands, decoys, optics, gun safes and cases, and firearm cleaning supplies.

Plano Republican Rep. Jeff Leach introduced introduced the bill, modifying it from one he submitted last year to set up March 2 — Texas Independence Day — as a one-day tax-free holiday, which failed to gain traction.

His new bill, HB 206, pushes the start of the proposed moratorium to the last full weekend of August, set to run from 12:01 a.m. on the Friday of that weekend and end at midnight that following Sunday.

The chances of the bill’s success this time around, after GOP gains in the state legislature, are likely buoyed. Following November’s election results, Republicans now enjoy a 19 to 13 margin of seats in the Texas Senate and 98 to 52 margin in the House after winning significant gains in both.

Just after the election dust cleared the state’s new Republican governor-elect, Greg Abbott, fresh from his landslide victory, promised that he would sign an open-carry bill into law if it reaches his desk after campaigning on a platform that included strong gun rights pillars. This was greeted by a flurry of pro-gun legislation filed for the upcoming session.

The tax holiday legislation proposed for Texas is not the first of its kind in the country.

In September, Mississippi kicked off its first annual Second Amendment sales tax holiday as a result of legislation introduced during the 2013 session that was signed into law by Republican Gov. Phil Bryant in March after receiving wide support in the state legislature. The measure implemented the annual three-day period in which the state’s normally mandatory 7 percent sales tax is not collected on the sale of firearms, ammunition, archery equipment and hunting supplies.