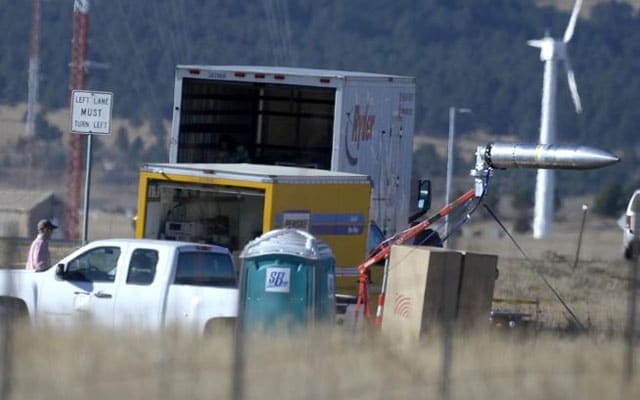 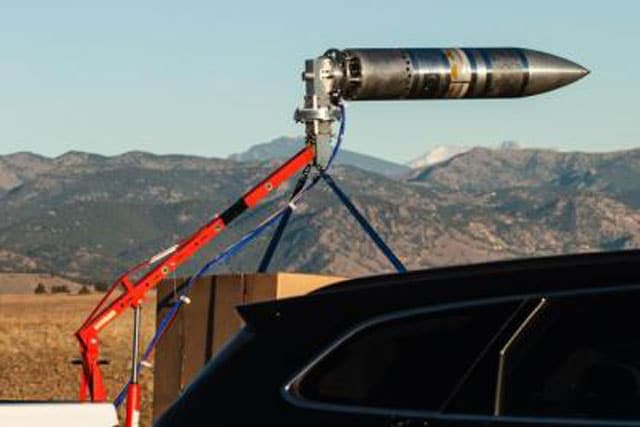 An odd looking object is turning the heads of drivers on one Boulder, Colorado highway, and although residents and even media have asked questions about the object, which one resident described as a “bullet-looking missile thing,” those surrounding it seem fairly tight-lipped.

Mark McDade works near the site of the object and decided to stop this week and ask about the curious thing.

Workers confirmed to McDade that they were employed by Ball and Lockheed Martin, but didn’t seem overly eager to strike up a conversation.

“I asked (one person) if it was military technology, and he said, ‘No.’ Then I asked him if it was commercial proprietary, and he literally kept his mouth shut,” McDade said. “The hush-hush nature of the whole thing is what really got me curious.”

But the following day, Lockheed spokeswoman Suzanne Smith assured in an email that it was nothing worth noting and the crew was “just testing one of its sensor technologies.”

Another worker at the site later confirmed to another curious passerby that they were engaged in “engineering testing.”

Smith declined to elaborate any further on the project and simply said it was “competition-sensitive.”