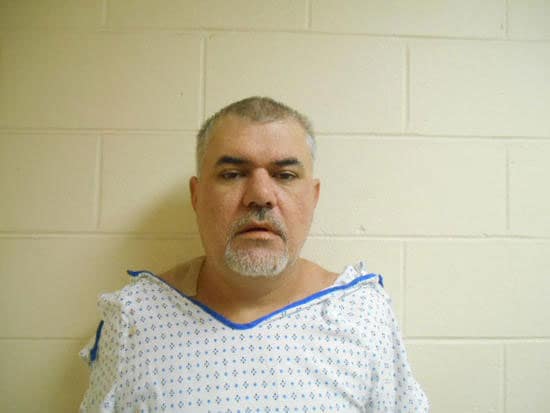 A man is recovering from two gunshot wounds behind bars after he ignored a restraining order and threatened to kill a woman in Clay County, Indiana, Monday afternoon.

Jeffrey Frakes, 42,was convicted of domestic battery last month for an earlier incident and initially sentenced to one year in jail. However, the courts determined that Frakes would only be required to serve 90 days of the one year sentence, the Brazil Times reported.

Frakes had likely already served a portion of the sentence before his conviction and was released from jail Sunday. A no contact order was also issued against him for the victim’s safety, but sometime Monday the victim contacted authorities when she believed that Frakes had violated the order and unlawfully entered her home and broke some of her belongings.

Then, around 12 p.m., Frakes returned to the victim’s home and threatened to kill those inside, local media reported. The victim called 911 for a second time after she opened fire on Frakes with her handgun. There are differing reports as to whether Frakes was actually shot inside the home or while he attempted to get inside, but he fled the scene after the victim shot him twice.

The victim confirmed to investigators that Frakes was in his mother’s vehicle when he fled the scene. Officers later found Frakes inside his mother’s home suffering from two gunshot wounds.

Frakes was transported to the hospital for medical treatment while under police custody. He was released from the hospital the following day and booked into the Clay County Jail where he now faces charges for invasion of privacy, a criminal charge for violating the protective order.

Frakes is being held with a $7,000 bond and will not be allowed to post the typical 10 percent to walk free while he awaits his court date.