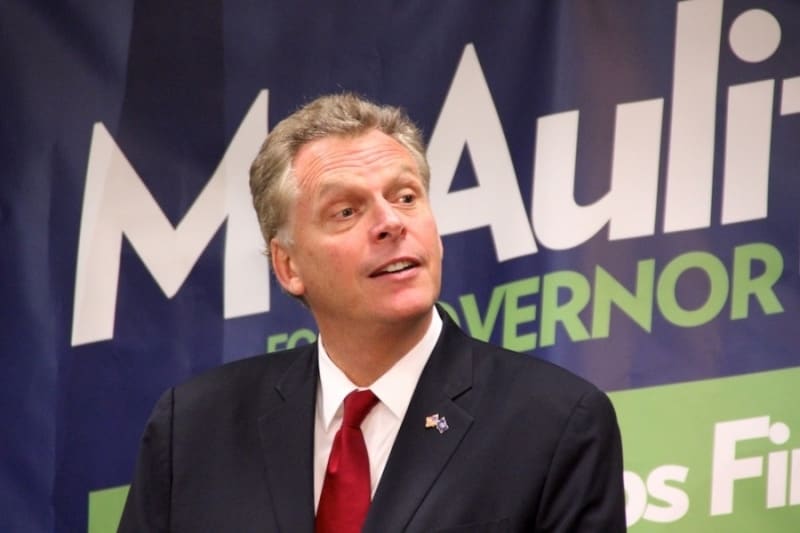 Republicans in Virginia are not impressed with Gov. Terry McAuliffe (D) and his new gun control proposals (Photo: AP)

The proposals, detailed Monday as part of a new public safety initiative, include rationing handguns to one per month, expanding background checks to include private transactions at gun shows, and revoking concealed carry permits under some circumstances.

“The governor is a pure political animal and always has been,” said Republican Del. Todd Gilbert as reported by the Associated Press. “This is purely a political play on his part. I don’t think he has any expectation that any of this is viable or defensible. He’s playing to his base on an election-year issue that he wrongly believes resonates.”

Gilbert was joined in his remarks by House Speaker Bill Howell, head of the Republican majority in that body, who expressed disappointment.

“Terry McAuliffe has made it very clear that he will take care of the donors to his campaign. Anti-2nd Amendment zealot Michael Bloomberg gave him $1.7 million during his run for Governor. Radical environmentalist Tom Steyer gave another $1.7 million, in addition to millions more in TV attacks on his opponent,” said Mullins in a released statement.

“Now two of the top priorities in the Governor’s legislative agenda include an attack on Virginia’s coalfields and gun control. It’s no coincidence. Terry had yet to make any move to pay back Bloomberg, and he must do something to stay in Tom Steyer’s good graces to keep the money flowing for 2015.”

The Governor’s office has answered that curtailing crime through gun control would make the state safer and more attractive to economic development.

With the state’s legislative session due to begin in January, lawmakers are already pre-filing pro-gun legislation to head off McAuliffe at the pass

Del. Mark Berg (R-Winchester), has two measures, House Bills 1389 and 1390 introduced this week that would allow for concealed carry at state colleges and universities and prohibit state agencies from barring the carrying firearms on their grounds respectively.