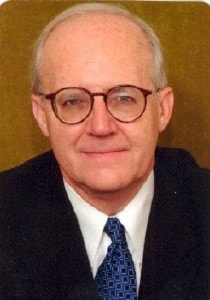 In the first successful case of its kind since 2008, a federal court knocked down one of the U.S. government’s gun laws that kept a Michigan man who was committed to a mental institution from owning a firearm.

A panel of three judges from the Sixth U.S. Circuit Court of Appeals sitting in Cincinnati Thursday found in a unanimous decision that Clifford Charles Tyler, 73, was denied his Constitutional Second Amendment rights when he was prevented from purchasing a gun following a 1986 stay in a mental institution. Tyler had been involuntarily committed for less than one month after undergoing what court papers term as an emotionally devastating divorce from his wife of 23 years that left him with thoughts of suicide. As a byproduct of that committal, he was termed a prohibited possessor, effectively stripped of his rights to have a firearm.

Since that time, Tyler has been in good mental health, has no criminal history, and has remarried.

In February 2011, Tyler was denied a firearm sale. The denial, due to information supplied to the Federal Bureau of Investigation by the Hillsdale County Sheriff’s Office and maintained in the National Instant Checks System (NICS) used by Federal Firearms Licensees to screen firearms transfers, was because of the 1986 record. A subsequent appeal to NICS to have his record amended was rejected since the Bureau of Alcohol, Tobacco, Firearms and Explosives did not have funding for a relief-from disabilities program that could review his case.  Although Congress had authorized such a program, it has since been defunded.

In May 2012, Tyler filed suit in U.S. District Court in Michigan seeking relief in the case of Tyler v Hillsdale, which was rejected.

That rejection was appealed to the Sixth Circuit and reversed Wednesday.

Boggs is a 1986 appointee of President Ronald Reagan. The other two judges, Eugene Edward Siler, Jr and Julia Smith Gibbons are both appointments of President George H. W. Bush.

Boggs held that the Constitution was the ultimate arbiter of the matter of Tyler’s denial saying, “Because the government has not met its burden, we conclude that the Second Amendment as understood in 1791 extended to at least some individuals previously committed to mental institutions.”

The panel found that Tyler was caught in a Catch-22 between being denied the right to purchase a firearm by one agency of the federal government over his prior mental health, and not being able to have that denial challenged due to lack of funding in another. Likewise, Michigan does not have a state relief-from-disabilities program in place to address his appeal. Further, the government in its defense of the case conceded that Tyler was not considered dangerous.

The court therefore found that Tyler had been unconstitutionally denied his Second Amendment rights and held that the legal challenge was valid, the first time that a federal court has done so since the 2008 Heller v D.C. case.

“We have reviewed scores of opinions presenting post-Heller Second Amendment challenges, and we do not believe that any other court of appeals in a reasoned opinion has reviewed a firearm restriction as severe as this one—one that forever deprives a law-abiding, non-violent, non-felon of his Second Amendment rights,” wrote Boggs.

Tyler’s attorney, Lucas McCarthy, told the Wall Street Journal that the ruling was, “a forceful decision to protect Second Amendment rights,” that would have a significant impact on gun rights.

Just how far those impacts range is open to interpretation.

“Tyler could signal a major shift in how the federal courts treat gun control,” explained noted Second Amendment scholar Adam Winkler to Guns.com Friday. “Most federal courts of appeal have applied a relatively deferential form of judicial scrutiny to gun control laws, even after D.C. v. Heller. This is the first to hold that any burden on the right to keep and bear arms must be very precisely tailored.”

Winkler continued, saying, “If seriously applied, this could mean that any number of gun laws would be narrowed or declared unconstitutional, including the broad ban on felons possessing firearms and prohibitions on guns in school zones. There is reason to be skeptical, however, as this particular case involved an unusually sympathetic plaintiff who didn’t pose a threat to anyone and yet couldn’t have his rights restored because of quirks in federal and state law.”

The Justice Department has not stated whether it will file an answer to Tyler’s complaint to contest his factual allegations, as given an opportunity to by the court. If the court declines to do so, the ruling will stand.