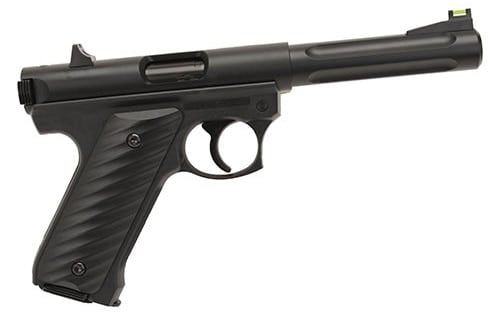 Sturm, Ruger and Company filed a lawsuit to protect one of its most ubiquitous handgun designs, the Ruger Mark Series pistol, from an air gun maker.

Allegations brought against Hatsan USA in an Arkansas federal court on Dec. 8 claim Hatsan violated trade dress laws, which protect the likeness of a product. 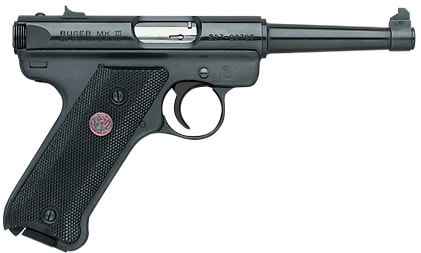 In the complaint, Ruger said while trade dress features are arbitrary, the Mark Series pistol’s external features are entitled to them per a 1988 ruling in favor of Ruger by a California federal court.

The pistol design has been in existence since 1949, when Ruger first introduced it as the Standard Model, and has maintained aesthetic features even as the series expanded and evolved.

Ruger, which has a licensing agreement with air gun maker Umarex USA, claims firearm enthusiasts are mistaking the Hatsan model for a Ruger Mark Series pistol — something Hatsan is allegedly encouraging.

In the August issue of “Airgun Hobbyist — America’s Airgun Magazine” featured Hatsan’s model and the article noted the likeness to the Ruger design, Ruger’s complaint claims.

Hatsan is a subsidiary of a Turkish company with a similar name located in Bentonville, Arkasnas.

Ruger is asking for removal of any suggestive advertising relating its products in association with the air gun maker, Hatsan destroy current inventory, and costs of the lawsuit.

Hatsan has until early January to respond to the allegations.