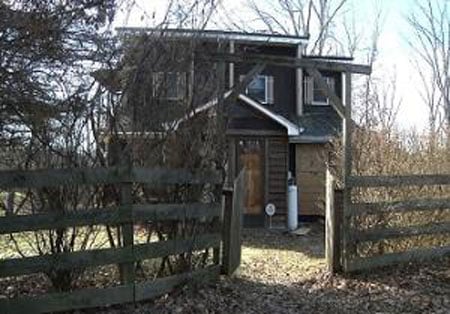 Authorities said that although while this type of occurrence is unusual for the area, they encourage residents to be vigilant. (Photo: ABC)

An elderly woman shot and killed a woman breaking into her Cool Ridge, West Virginia, home Wednesday night in what was believed to be an attempted burglary.

The homeowner called 911 around 6:30 p.m. to report the incident after the suspect, who was later identified as 50-year-old Beverly Cooper, tried to get into the home through a window. The woman told authorities that she feared for the safety of those inside, which included another adult and two young children.

The elderly woman, who was armed with a .357 revolver, told authorities that she warned Cooper not to try to enter her home and that she would shoot her if she did, local media reported. However, her warnings were disregarded and Cooper continued to try to get inside.

The woman opened fired and struck Cooper an unknown number of times before she collapsed in the yard. When officers arrived, Cooper was pronounced dead at the scene.

Raleigh County Lt. Jim Canaday said they are not releasing the names of anyone involved other than the suspect. Canaday also said that the homeowner and those inside the residence at the time of the incident are upset over the ordeal.

“It’s a traumatic episode for both families and I think they are dealing with it in ways that most families would,” Canaday said.

Authorities also said that the homeowner was slightly acquainted with Cooper but they really only knew of each other and didn’t have a relationship of any sort.

“I believe from the investigation up to this point that the homeowner was justified, it is what we would consider to be a justified homicide and self defense,” Canaday told a local ABC affiliate. “At the end of the case we’ll be sitting down with the prosecutor’s attorney who will then make the final decision.”