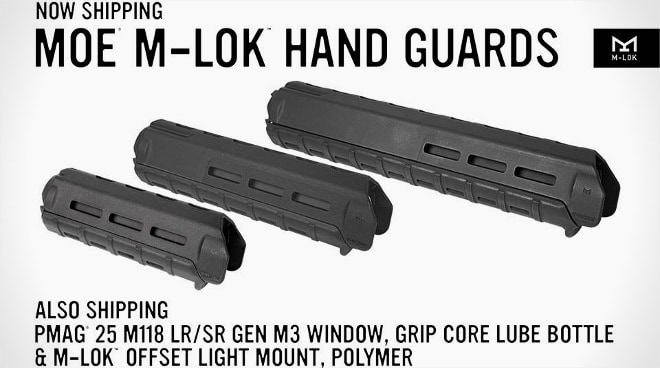 The only difference is the larger M-Lok Slots, which is a good thing. (All photos: Magpul)

On the eve of the largest arms industry expo in the world, Magpul Industries is dropping a second wave of new product announcements before the big week, including rifle accessories, iPhone cases and new Magpul gear for 2015. 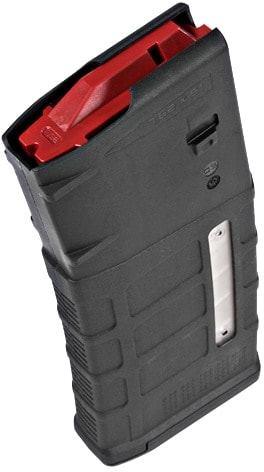 All of these parts and accessories are currently shipping and should be on shelves soon if not today. This is a hard launch of new and previously-announced products.

The main announcement is the most anticipated: new MOE handguards with M-Lok slots. M-Lok is Magpul’s universal mounting system. Like KeyMod it is a negative space system that’s lightweight and comfortable in the hand.

When Magpul launched M-Lok they offered one in-house M-Lok handguard, the MOE-SL, a carbine-length handguard that extends around the front sight block on AR-15s. The new MOE M-Lok series includes three forends, in carbine, mid and rifle lengths. 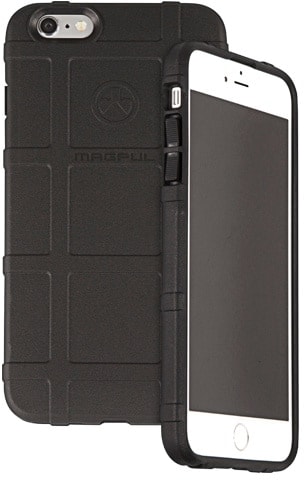 The new mid- and rifle-length handguards are priced the same as their MOE predecessors at $34 and $39, respectively. The carbine-length MOE M-Lok runs $5 more than the old MOE handguard at $29 versus $24, but that’s because Magpul recently dropped the prices on their basic MOE kit to make way for the new M-Lok parts.

Along with the handguards Magpul is delivering on some long-awaited products that they’ve already revealed including the 25-round windowed LR/SR magazine for AR-style .308 rifles and a lube bottle grip core for MOE and MIAD pistol grips. 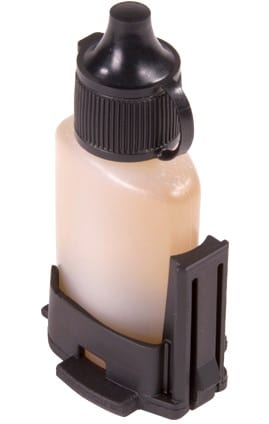 The 25-round windowed mags have MSRPs of $22 and the lube bottle grip cores $14 and street prices should be less by a couple bucks each. The grip bottles hold 1/2 ounce of your choice of lubricant.

For Apple fans that have been patient, Magpul is also now shipping Field Cases for iPhone 6 Plus smartphones.

These rugged cases have become a must-have phone accessory for people across the country since their inception and the iPhone 6 Plus Field Case is no different.

The iPhone 6 Plus Field Case runs $16 and snaps right on. The case is modeled after Magpul’s iconic PMag waffle pattern and is just as tough. 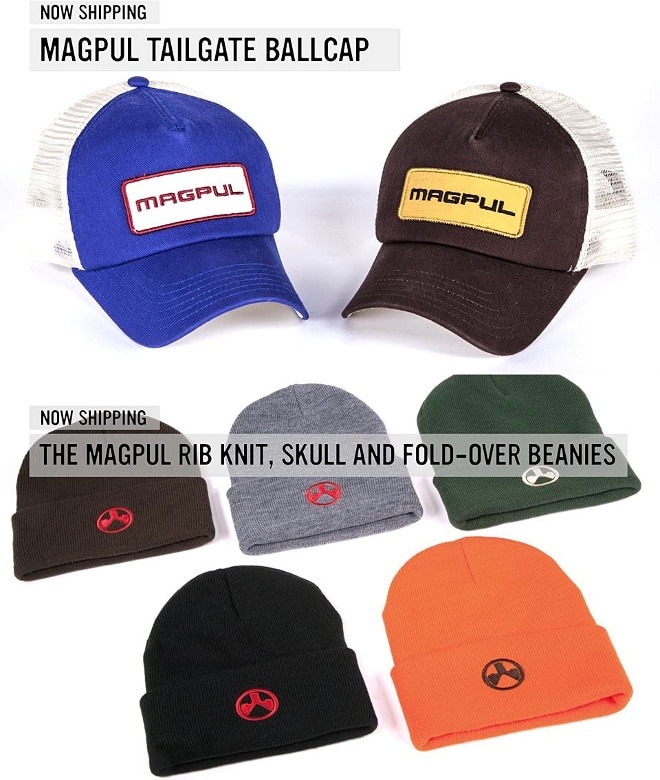 And last but not least, especially for die-hard Magpul fans, are new hats including Tailgate ball caps and fresh beanie designs.

For up-to-the-minute news check out the Magpul Facebook Page, it’s where they drop their announcements first.