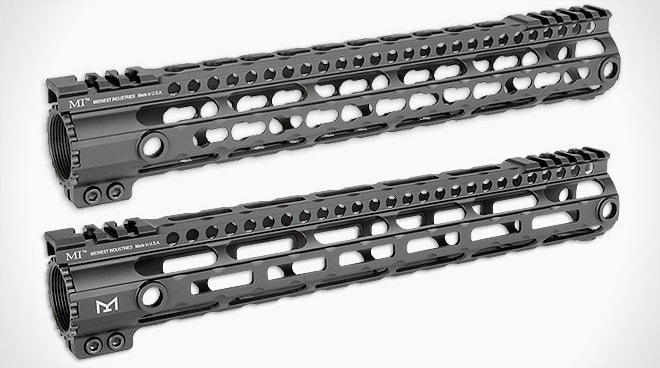 Why not both? (Photo: Midwest Industries)

Okay, so our first tie-winners this year for best Picatinny rail alternative come with a pretty big asterisk on account of the fact that Vltor introduced KeyMod in 2012, but it wasn’t until recently that the new standard really came to be with widespread adoption and actual KeyMod accessories to use with KeyMod handguards.

We can’t say one is better than the other. While the two negative space mounting systems have key philosophical difference in design they effectively accomplish the same goal: get rid of those heavy cheesgraters hanging off people’s guns.

Now that M-Lok and KeyMod are off the ground and running Picatinny rails seem clumsy and downright old-fashioned, adding weight and snarly surfaces when instead you could have slender, snag-free handguards instead.

It’s not likely that one standard will ever “win” this race. Both KeyMod and M-Lok will be around for a long time (unless Magpul decides to come up with another universal mounting standard and ask people to buy all-new handguards a third time), mostly because KeyMod has a slight head start and Magpul is an industry giant.

Still, it’s probably not too early to say that KeyMod will stick around as the more hardcore, tactical mounting system and M-Lok will be what the kiddos at the range all think is cool. Besides, people want options and will continue to use KeyMod just because Magpul is doing their own thing. 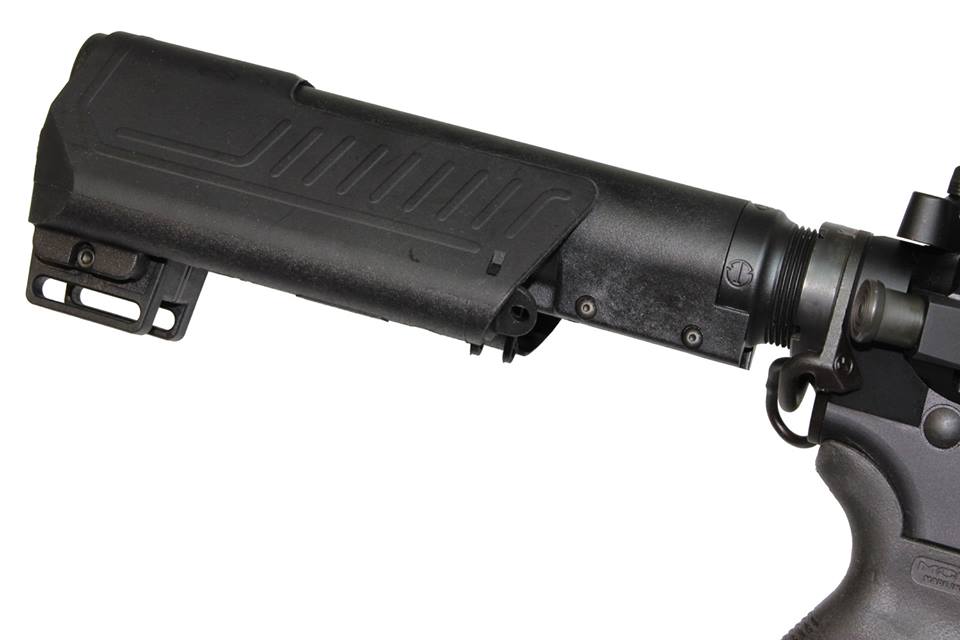 There are a few “Don’t call it an SBR” adapters on the market but the SIG SB-15 brace for AR pistol buffer tubes is at the high water mark thanks to a ruling earlier this year by the Bureau of Alcohol, Tobacco, Firearms and Explosives that said, yes, for sure you can shoulder a pistol equipped with an SB15.

Since the ruling at least a half a dozen new SB15-specific buffer tubes were launched making the AR pistol the must-have range toy for 2014. We especially like the new Black Creek Precision and Odin Works options for the SIG SB15 that have just recently been released.

Rumor has it that SIG won’t be selling the SB15 by itself for much longer, though, and will only sell them paired with a Phase 5 Hex-2 buffer tube, so if you want to run another option you’d better jump on it or get ready to spend a little more on your new pistol build.

Of course, some people aren’t interested in hanging a flap of rubber off their pistols, and that’s where Thordsen Custom comes in.

They’ve developed a slick “saddle” that allows users to fix a CAA cheek riser on to their pistols to add rigid support to their tube and a little extra storage capacity to boot.

The Thordsen route is the way to go if you want to build a pistol that can give a little buttstroke if necessary. And again, like with all good things, people like options and just don’t want the same SIG brace everyone else is running on their pistols.

Their construction couldn’t be more radically different from each other and both are new takes on suppressor designs.

The OSS Combined Technology Unit or CTU incorporates an over-the-barrel or flush mount back pressure regulator, a vaned flash hider/muzzle brake that channels gas away from the muzzle and a signature reduction module.

Depending on which flash hider/muzzle brake is used, a CTU can be used to suppress either a 5.56mm or 7.62mm rifle and here’s the real kicker: because of the way the CTU captures gasses it can actually reduce back pressure in a gas system, eliminating the need for a regulating gas block or other complicated system to reduce over-gassing the host rifle. It can be run with or without the signature reduction module for a more compact package or a for a quieter gun.

Then there’s the Salvo 12. It’s a silencer for 12-gauge shotguns.

While it might not be as technologically advanced as the OSS CTU it’s a silencer for 12-gauge shotguns. There’s never been anything like it before on the commercial market and it’s guaranteed to change hearts and minds about suppressor regulation.

Most unsatisfying new product: Tie goes to the Glock 42 and Remington’s R51

“I just can’t wait for Glock to make a single-stack subcompact .380 for everyday-carry” said no one. The Glock 42 is a decent seller and a soft shooter for sure, and because of its above-average size it delivers superior muzzle velocities than most other .380s.

It’s just not what people really wanted. Oh, sure, there are lots of people who are happy enough with their Glock 42s, but entire companies have been built on the foundation that Glock, after all these years, still doesn’t make a single-stack subcompact 9mm Parabellum pistol for everyday-carry.

Which is why the launch of the Remington R51 was equally disappointing. A sleek, retro-futuristic 9mm pistol with a fine pedigree and unusual design, the R51 was in a fantastic position to succeed, instead, it crashed spectacularly owing to a seemingly-endless supply of problems.

From poor extraction to dangerously-bulging cases the R51 started to come apart as soon as it hit the ground forcing Remington to issue a trade-in for every pistol that came off the line. It was very clear that the R51 was not fit for any kind of serious use.

Still, there’s a glimmer of hope in both cases. Many people have come to the conclusion that Glock could use the Glock 42 as a basis for a future 9mm pistol and Remington plans to re-launch the R51 after rejiggering their tooling. Fingers crossed, 2015 could be the year for both. 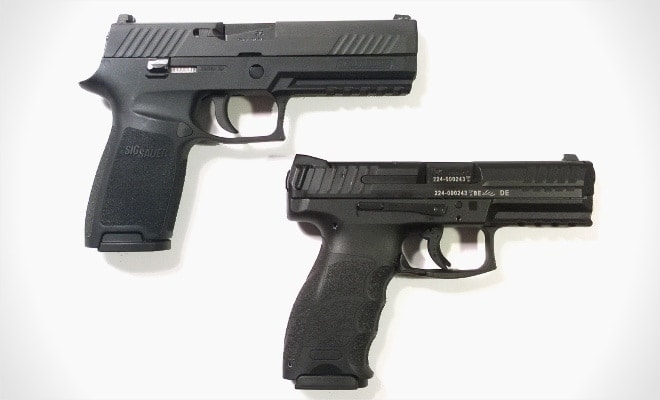 Saying that one of these is better than the other is just not possible. While they vary a bit in terms of features, trigger feel, size and refinement, these qualities are neither pros nor cons to all people equally.

The SIG P320 is a staunchly utilitarian pistol with unmatched flexibility owing to its modular design. The Heckler  & Koch VP9 is elegantly machined and highly polished while delivering on all fronts the features today’s market demands.

Both have lefty-friendly controls and exceptional triggers that put older striker-fired guns to shame. The VP9’s trigger is lighter, with a quick rolling break that’s easy to find. The P320 has a glassy trigger break and a powerful reset that will keep the gun banging in the most stressful of circumstances. While both are solid duty triggers, the SIG leans more towards carry and the H&K to competition.

The SIG has an excellent price to performance ratio with factory optional night sights or contrast sights and is already available in a variety of configurations with more in the works. The VP9’s price reflects the detailed machine work yet is still extremely competitive in the service pistol market.

In the end there’s no way to say that one is better. For all their similarities on paper, the guns couldn’t be more different, and both are fantastic. Individually, people will come to prefer one over the other, that’s human nature. But these guns ultimately suit different types of shooters, and shooters everywhere are finding that these are fine pistols indeed.