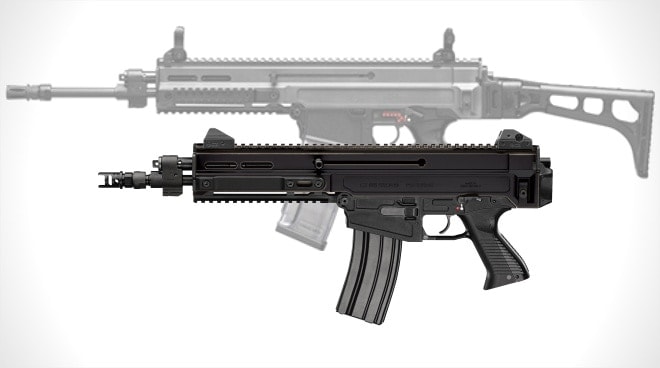 CZ-USA BREN pistols will be available in the U.S. early in the new year, starting with the model PS1. These hotly-anticipated guns are based on the new Czech military rifle, the CZ 805 BREN.

The Czech Republic has always favored its nation’s in-house designs including the vz. 58 and timeless CZ 75 so when it came to replacing ’90s-era fighting rifles officials turned to their very own CZUB for a 21st-century design.

And CZUB delivered with project 805. A fresh, sleek design, the 805 BREN is a modular rifle capable of quickly swapping barrels, calibers and even magazine standards.

The first pistol model to hit U.S. shores will be based off the 11-inch 5.56 NATO PDW design. It, of course, is a semi-automatic pistol without the folding buttstock common to the full-size 805 BREN rifles.

This is the second surprise announcement from CZ-USA this holiday season as the company recently dropped another bombshell, that its Scorpion pistol would be offered in the U.S. early next year as well.

Because these are being imported as pistols they do not have to serve any sporting purposes. Hopefully CZ will put the necessary tooling together to manufacture these as rifles domestically in the future. In the meanwhile we’ll be happy enough with the pistol versions.

Like the Scorpion, a 9mm pistol based off a submachine gun design, CZ will offer a pistol brace kit for the PS1. The company confirmed this on Facebook. The base model is equipped with a single-point sling mount at the rear of the pistol.

The 805 BREN PS1 pistol is also equipped with a set of low-profile fixed aperture sights, the same as on the Scorpion. The rear sight has four different apertures to suit shooting at different ranges and different lighting conditions.

The pistol has a monolithic railed alloy upper receiver, integral six-o’clock rail and modular polymer lower receiver. The upper can be fit with optional side rails for use with accessories and the lower features interchangeable backstraps for a custom grip. 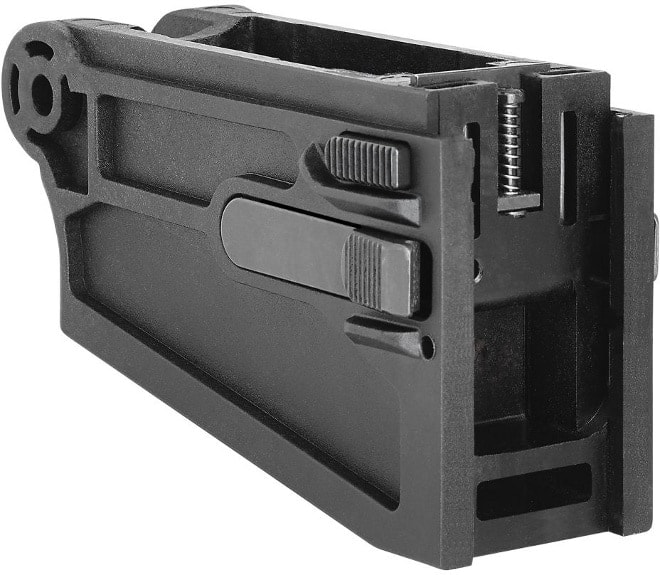 The polymer lower accepts different magwell assemblies for use with different magazine standards. The PS1 will ship with a STANAG magwell adapter. (Photo: CZ/All4Shooters)

While the BREN design includes a proprietary magazine design, the PS1 will ship with a STANAG-pattern magazine well adapter with the lower so that it can be used with all standard AR-15/M16/M-4 magazines.

This announcement follows the recent launch of the commercial variant of the CZ-805 BREN for European markets this October. The pistol will be priced at $1,982, which is a bit steep, but not for die-hard CZ fans. Real-world prices are likely to be significantly less than that and of course CZ lovers know that they’re always getting their money’s worth.

The pistol will be offered sometime in the first quarter of 2015 with a cold hammer-forged barrel and open-ended muzzle brake standard. The pistol will ship with a 30-round aluminum AR-15 magazine where available.