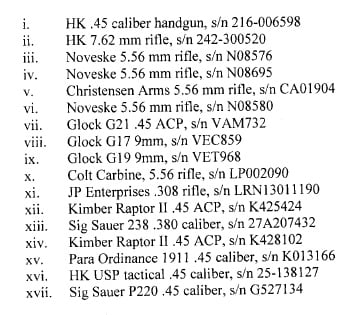 A 44-year-old man from Katy, Texas, faces fraud charges for going on a $330,000 shopping spree to gun stores and other shops with his company credit card, the U.S. Attorney’s office said.

Kenneth A. Hoang has been charged with six counts of wire fraud for using the company American Express Company card to buy more than $23,400 on guns, among other things, according to the indictment filed in a Texas federal court on Dec. 11.

TurboCare, Inc., a subsidiary of the engineering company Siemens AG, employed Hoang and issued Hoang the credit card for business expenses, but failed to retrieve the card after firing him in August 2012 for insubordination and missing work.

Around July 2013, Hoang started using the TurboCare AMEX card and bought 17 guns. In the following month, TurboCare discovered the fraudulent purchases and cut off the card.

If convicted, Hoang faces a maximum of 20 years in prison and a possible $250,000 fine on each count, in addition to forfeiture of the property.