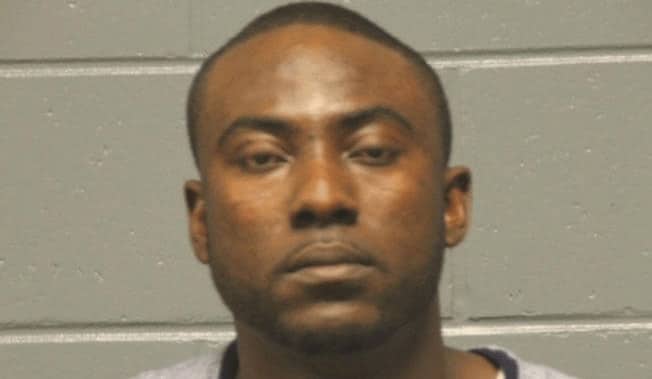 MacMichael Nwaiwu was arrested for assault after being detained by an armed citizen. (Photo: CBS)

A man who witnessed a woman being beaten in a car in Southlake, Texas, Friday decided to take a stand against her attacker, holding him at gunpoint until authorities arrived and arrested him, and at least one witness captured part of the confrontation on video.

The armed citizen was driving down the road when he saw a man beating a woman in the front seat of a car, a local NBC affiliate reported. When both vehicles stopped, the armed citizen seized the opportunity and confronted the driver of the other vehicle.

At some point, the man drew his pistol and held the woman’s attacker at gunpoint until police arrived a few minutes later. No shots were ever fired.

Lindsey Bryant was out on a shopping trip with her daughter, mother and sister when they witnessed part of the incident. Bryant called 911 and recorded the incident on her cell phone.

“We expected crowds and long return lines, but we never expected to see that,” Bryant told the local CBS affiliate.

Officers arrested 28-year-old MacMichael Nwaiwu and charged him with assault. The armed citizen’s identity was not released, but authorities did determine that he had a valid concealed handgun license.

A review of the incident by the Tarrant County District Attorney’s Office, determined that he had not broken any laws when he intervened after believing the woman was in imminent danger.

However, following the incident, Southlake Police Chief Steve Mylett said in a statement, “While we commend this citizen’s willingness to get involved in order to protect a victim of a crime, the Southlake Police Department does not encourage the public to expose themselves in such a manner. Instead, we strongly recommend citizens who witness a crime in progress to contact the local police department by dialing the police emergency number 911.”

Nonetheless, Bryant and her sister, Mistina Doland, still believe the man is a hero.

“It’s amazing that in this day and age, that people are willing to reach out and help,” Doland said.