Historic Colt factory to become national park, but not without controversy 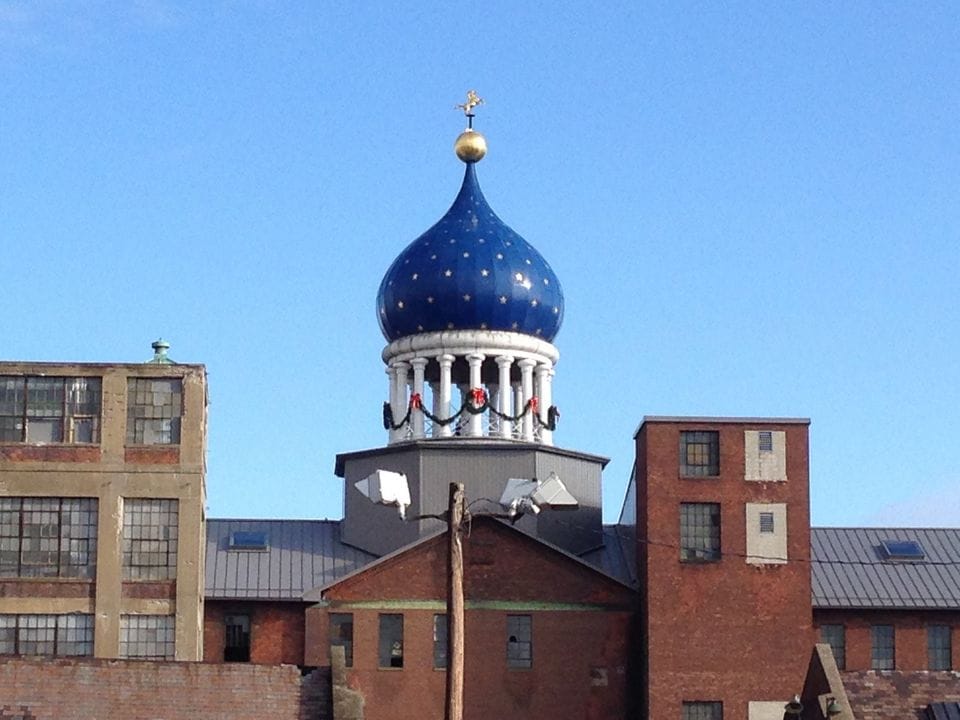 The historic blue-domed Coltsville factory complex, vacated by the the gun maker in 1994, is set to become a National Park. (Photo: Hartford Courant)

Congress approved transforming the former Colt Factory in Hartford into a National Park — the first in Connecticut, a state that recently passed some of the nation’s toughest gun laws — in order to boost the economy in one of the city’s poorest neighborhoods and honor the revolver as a marvel of manufacturing, but the dedication notably lacks support from the historic company itself and industry groups.

The move marks the end of a decade-long campaign by state lawmakers to convert the 260-acre Coltsville reservation, established by firearms inventor Samuel Colt in 1855 to produce his signature revolvers, into a federal park. The measure was folded into the $577 billion Congressional defense package passed on Capitol Hill earlier this month. As part of the mammoth bill, 14 National Parks like the Coltsville site were either authorized or, in the case of the Gettysburg and Vicksburg National Military Parks, expanded.

State Rep. John Larson, a democrat and principal backer of the bill, told the Associated Press that the nation’s newest park will detail the site’s historic significance and could also provide a forum to discuss current day issues, such as gun violence.

“It can become a living monument to what transpired and what went into the making and planning of the place and what the ramifications of that are,” he said.

Fellow Connecticut gun control advocates and democrats, Sens. Richard Blumenthal and Chris Murphy, promised to help get the park — expected to draw nearly 200,000 visitors per year — funded once authorized. According to the Congressional Budget Office, it is expected to cost an estimated $9 million to bring to fruition.

The legislation, signed into law by President Obama, authorizes a Coltsville National Historical Park Advisory Commission to outline final plans for a 10,000-square-foot visitor’s center at the complex and acquire the land and buildings associated with the facility to be run by the National Park Service at an estimated cost of $1 million per year.

The measure also authorizes the commission to work in concert with the Connecticut State Library, Wadsworth Atheneum, and the Colt Trust to gain access to artifacts for display within the park. Those facilities have long held extensive collections of Colt-branded items to include historic firearms and papers.

State and city leaders as well as local philanthropic organizations have championed the preservation of the site as part of a greater effort to make Hartford a heritage tourism destination. In 2008, they managed to have the site declared a National Historic Landmark while several of its buildings were deemed National Historic Places. City leaders raised $7 million for Coltsville improvements, including $5 million in state bond funds and $2 million for streetscape work, largely through the help of oil giant Chevron.

However, Colt’s Manufacturing itself, which left the old factory in 1994, has been cool to the project.

Colt’s chief executive officer, Dennis Veilleux, has been quiet on the move by gun control advocates to establish a museum from the company’s historic former building. Further, the company, battling liquidity issues, is not currently involved with the park effort.

In 2013, Veilleux gave his employees in Connecticut the day off to protest the state’s new assault weapon’s ban and has been courted by pro-gun regions to move the company’s remaining West Hartford facility, which employs over 400 workers, out of the state for good.

Meanwhile gun industry groups, such as the National Shooting Sports Foundation, based in Newtown, Connecticut, have likewise distanced themselves from the project.

“We think it’s more important to focus on good-paying manufacturing jobs rather than creating part-time jobs for ticket-takers at a park,” Larry Keane, the NSSF’s general counsel, told the AP.

When the president signs the legislation, which he said he would, Coltsville National Park could open as soon as 2020.