NRA thanks Harrisburg police with $50,000 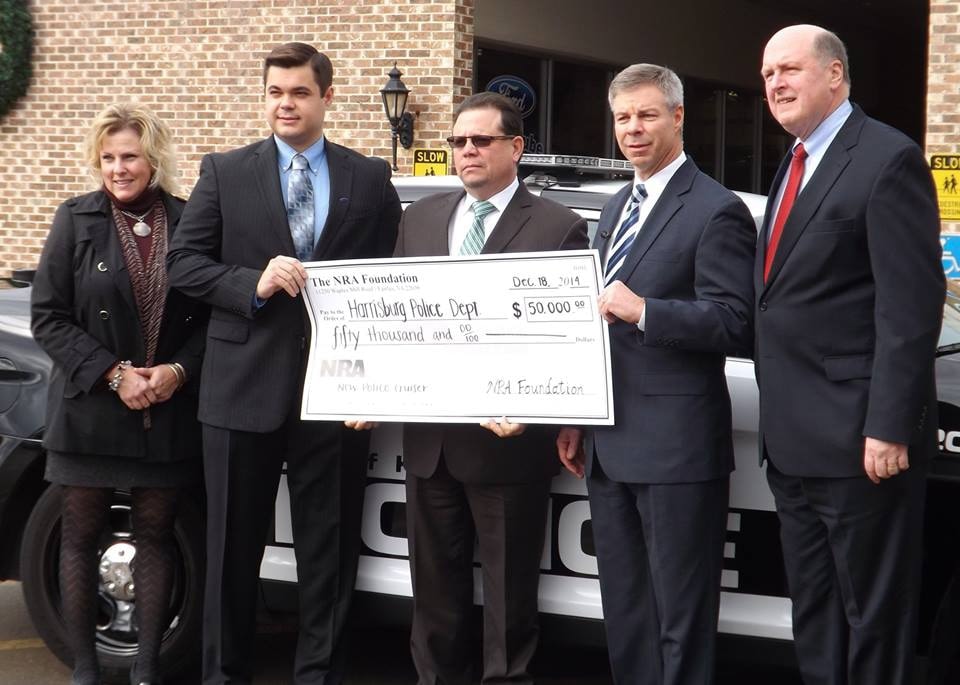 NRA officials pose with a nice big check for the Harrisburg police on Dec. 18. (Photo: NRA/Facebook)

The National Rifle Association donated $50,000 to the Harrisburg Police Department in Harrisburg, Pennsylvania, so the department can buy a fully equipped police cruiser.

The NRA said the donation was a way to repay the community for their support of the Great American Outdoor Show that debuted in February.

“This is our way of thanking the community for welcoming us to the neighborhood,” said Kyle Weaver, NRA general operations executive director.

Although the Great American Outdoor Show is an annual event, 2014 was the first year it operated under that name and operated by the NRA.

Early in 2013, the event, formerly the Eastern Sports and Outdoor Show, was cancelled due to a boycott by exhibitors. At the time, the company managing the show, Reed Exhibitions, asked that gun makers not display AR-15 rifles, since the platform had become a politically charged topic.

Still, the event attracts roughly 200,000 people over a nine-day period in February, and brings in roughly $80 million of economic activity to the Harrisburg area. The 650,000 square foot venue hosts a 1,100 exhibitors ranging from gun companies, fishing companies and retailers showcasing outdoor sporting and recreational goods.

The Great American Outdoor Show runs Feb. 7 to Feb. 15 next year at the Farm Complex in Harrisburg.