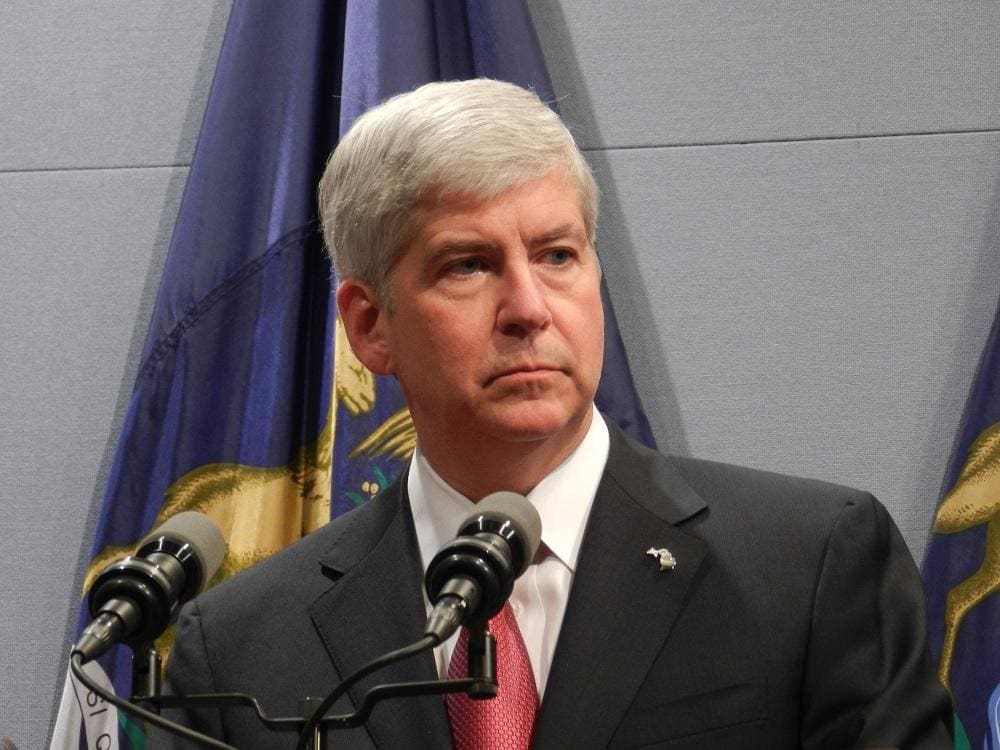 Citing that he was only sent half of a seven-bill package of laws to reclassify how the state treats pneumatic guns, Michigan’s governor swatted away the quartet that did make his desk.

The legislation would have changed the state’s classification of most air-powered guns, such as pellet rifles and airsoft equipment, which are currently regulated as firearms in Michigan. However, Gov. Rick Snyder cited that he was only sent just over half the measures of a reform package and would have caused a confusing catch-22 scenario should they become law.

“Because only part of the pneumatic gun reform package has been enrolled and presented to me for signature, the enactment of these bills would result in a variety of contrasting definitions of ‘firearm’ across our statutes,” Snyder wrote in his veto letter to the Michigan Senate.

Further explaining his position, he wrote, “Pneumatic guns would no longer be considered ‘firearms’ under the Natural Resources and Environmental Protection Act or for certain purposes under the penal code, but they would remain ‘firearms’ for purposes of Michigan’s firearms law. The absence of the house bills from the enrolled package would create a number of other inconsistencies in Michigan law, ranging from a variety of different standards governing the allowable use of pneumatic guns to the existence of provisions allowing for the regulation of conduct that is prohibited elsewhere in our statutes.”

In his four years in office, Snyder has only vetoed 19 bills sent to him by the state legislature. Snyder, a Republican, was endorsed by the National Rifle Association in his November election win over Democrat Mark Schauer and had earlier this year signed numerous pro-gun bills into law.

Under current state law, most 6mm airsoft guns and pump-action or compressed air powered pellet guns are classified as firearms. Only guns that exclusively fire .177 caliber BBs are not treated as such. According to the NRA, who backed the passage of the complete seven-bill package, Michigan is one of just four states that have such regulations in place.

State lawmakers defended the choice to send just part of the package to the governor’s desk, stating that they prioritized the four final bills just as the legislative session ended.

Dakota Moore, the state liaison for the gun rights group, told the Associated Press that while Snyder’s veto was disappointing, they will work towards sending the bills back to the governor for reconsideration, stating, “…the NRA does believe that these bills have substantial merit and we will work to ensure expedient passage of the entire package in the early months of 2015.”

Michigan notably is one of the few states not trying to increase regulations on pellet guns and airsoft equipment.

In California, Gov. Jerry Brown signed Senate Bill 199 into law this October to enact increased marking requirements on airsoft guns in the state. The NRA and other groups opposed the bill as being a needless requirement in light of federal laws already in place.

Following the death of a 12-year-old boy at the hands of police in Ohio while holding a modified airsoft gun, lawmakers in that state have likewise called for increased legislation.

The Federal Bureau of Alcohol, Tobacco, Firearms, and Explosives make a clear distinction between airsoft, BB guns, and their real steel counterparts. According to the ATF website, “air guns, because they use compressed air and not an explosive to expel a projectile, do not constitute firearms under Federal law.”

State lawmakers in Michigan have vowed to bring the issue up again in the next session.