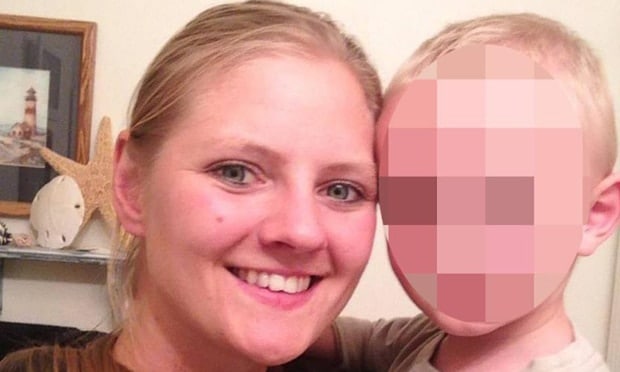 In addition to being a mom, Veronica Rutledge, 29, held a bachelor’s in chemistry and worked at the Idaho National Laboratory. (Photo: Facebook)

Authorities investigating the accidental shooting of a mother by her 2-year-old inside a Walmart in Hayden, Idaho, last week revealed details of the shooting.

Following the autopsy of the victim on Dec. 31, detectives gave step-by-step account of the incident as well as the gun and purse involved.

Veronica Rutledge, 29, was shopping inside the store with her son, who was seated inside the shopping cart next to her purse, and three other relatives under the age of 11.

Her son accessed her firearm, which she had a permit to carry concealed, from a pocket inside the purse and fired one round from the pistol. The bullet struck Rutledge, who was standing just a few feet away, in the head and killed instantly.

The store manager, who was nearby, quickly ran over and took the gun away from the toddler. The manager and store employees helped escort patrons out of the store as first responders arrived.

Authorities said that the handgun was a Smith & Wesson Shield chambered in 9mm. It’s a semi-automatic pistol specifically designed for concealed carry and while it is equipped with a safety, authorities did not reveal if it was engaged.

Also, local media reported that the purse was designed by Gun Tote’n Mamas, an Illinois-based company that sells bags at select retailers across the country and online.

Detectives are now reviewing surveillance video of the incident and are also examining the weapon, specifically the safety mechanism and ballistics.