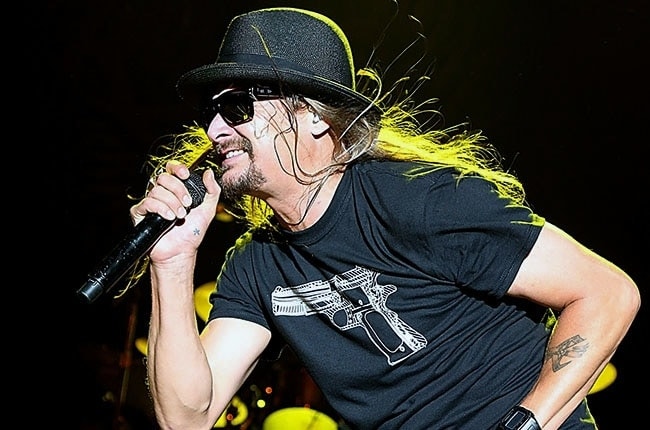 Kid Rock performs in concert during the River City RockFest at the AT&T Center on May 24, 2014, in San Antonio, Texas.
(Photo: Gary Miller/Getty Images)

Instead of making the rounds and doing interviews to promote his new album, Kid Rock discussed several key issues in America in a op-ed, including gay rights, social media, drugs, and guns!

“I’m always buying more guns. I have everything from a Civil War cannon to an MP5 machine gun and old police guns. If someone invades your house, yeah, you can shoot them. I don’t think crazy people should have guns,” he wrote.

On other issues, he said he’s okay with gay marriage, thinks marijuana and other drugs should be taxed, and considers himself a fiscal conservative, not a social one. Check out the full article on The Guardian.