CORRECTION: Michigan governor presented 2 concealed carry bills he has yet to sign 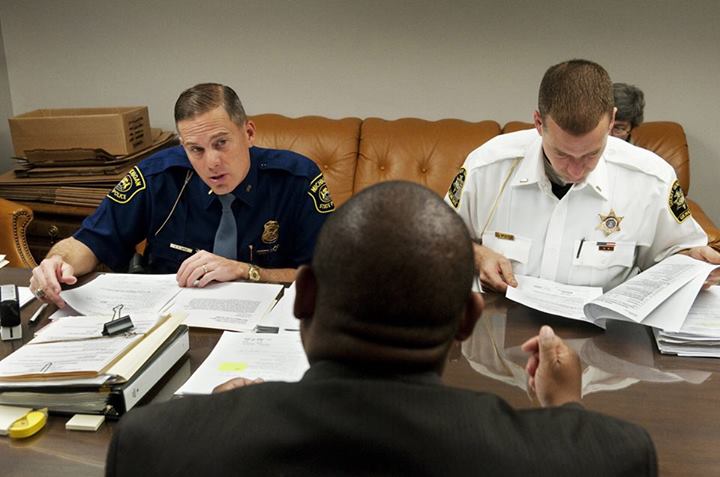 In each of the 83 county gun boards in Michigan, 249 persons grant or deny applications for concealed carry permits in the state. (Photo credit: MCRGO)

Editor’s Note: A previous version of this article incorrectly stated that Michigan Gov. Rick Snyder signed two bills into law which would reform concealed carry laws in the state and give it a true shall-issue standard. The bills were only presented to the governor and have not yet been signed. At the time the article was written, the Michigan Legislature website listed the bills as signed and has since changed the status. The error was announced on the body’s Facebook page.

Gov. Rick Snyder on Friday was presented a pair of pro-gun bills that would reform concealed carry laws in the Wolverine State to a true shall-issue standard if signed.

The two measures, which passed the state legislature with broad bipartisan support in December, would torpedo the long-standing county gun boards that permit applicants have endured for years. In addition to decommissioning the boards, permit costs would drop and the state’s renewal process could be streamlined.

Snyder, fresh off of rejecting four gun rights bills last week that would have revamped the state’s classification of some air guns, added a fifth to his rejection list. The two concealed carry reform bills he was recently presented are similar to legislation he vetoed in 2012.

“I’ve always thought gun boards were a waste of time,” Dave Bieganowski, an attorney for the Michigan Coalition of Responsible Gun Owners, told the Traverse City Record-Eagle last month of the legislation.

Bieganowski sits on the County Concealed Pistol Licensing Board for Traverse County in lieu of a representative from the prosecutor’s office. The other two members of the board are the county sheriff and a Michigan State Police official as is customary. While it is not required by all boards to personally meet a permit applicant, in 2014 the Traverse County board requested all 429 new licensees to present themselves but has denied only two permits in the past six years.

The two bills, SB 789 and SB 790, presented to the governor in tandem, would mandate an end to the review board process across the state. In lieu of these regulatory bodies, county clerks would issue concealed carry permits as long as the applicant meets all requirements and passes a background check from the state police. This shall-issue practice would be a reversal of the arbitrary “may issue” powers long granted to the boards.

“We’re the only state in the nation left with a gun board, so we believe that it’s time to get Michigan into the 21st century,” Sen. Mike Green (R-Mayville), sponsor of the legislation said in June.

Since a portion of the current $105 licensing cost per permit goes to fund the activities of the gun boards — if the pertinent legislation passes — the new rate would be adjusted to $90. According to a Fiscal Agency Analysis, the reduction in revenue to the local and state government would be offset by the time saved by not staffing the boards. However, the state police argues it would need another $8.4 million to fund 58 new troopers to conduct the background checks, a duty formerly conducted by county sheriffs, should the legislation.

An ancillary task of the gun boards, hearing appeals for those seeking to have their firearms rights restored, would be handled by the local circuit courts, should the legislation pass.

These pieces of shall-issue legislation, if passed, would join a trend in many states to overhaul concealed carry, making it more accessible and easy to exercise. Alabama revamped its gun laws in 2013 to include more gun rights, leaving behind old may-issue requirements.

Following a recent decision by a federal court that threatens California’s long-held may-issue standard, lawmakers not only in that state but also in the far-flung U.S. territories of Guam and the Marianas Islands have made moves towards shall-issue measures.

If signed by the governor, the Michigan legislation would require that the county concealed weapon licensing boards be eliminated effective Oct. 1.