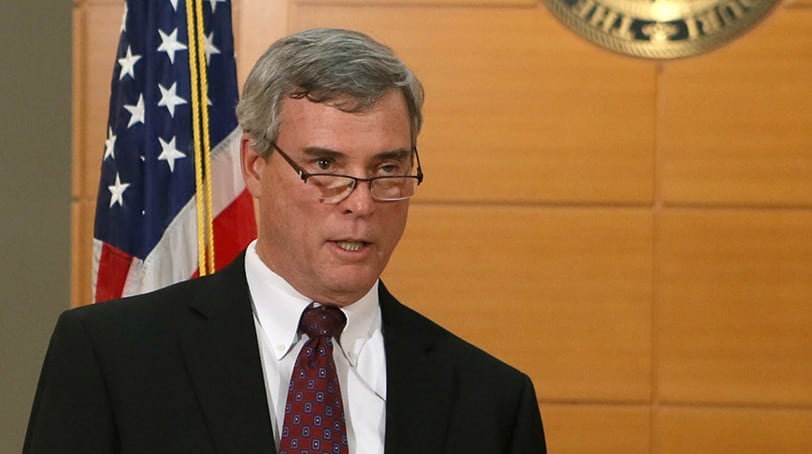 A grand juror who sat on the panel that decided not to indict the Ferguson, Missouri, police officer who shot and killed a black 18-year-old man wants to go public about an alleged mishandling of the presentation of evidence.

“Grand Juror Doe,” so named in the complaint, sued prosecutor Robert McCulloch, saying the investigation of officer Darren Wilson had a stronger focus on the victim, Michael Brown, than in other cases presented to the grand jury.

The unnamed juror is also prohibited by state law from discussing the case publicly, which is unconstitutional, claims the American Civil Liberties Union in Missouri, who is representing the juror.

“Grand Juror Doe’s perspective can and should help inform a way forward here in Missouri,” said Jeffrey Mittman, executive director of the ACLU of Missouri, in a statement. “The ACLU will fight to allow this important voice to be heard by the public and lawmakers so that we can begin the healing process that can only result from fact-based reforms.”

Though McCulloch released a large number of records to the press which were heavily redacted, removing context in many cases, the act only gave the appearance of transparency, the complaint reads.

Grand Juror Doe said the jury was given the impression that there was not sufficient evidence to support charges. The plaintiff further contends that the grand jury’s impression of Brown characterized as the wrongdoer was not aligned with that of Grand Juror Doe’s.

This is a case of grand jury secrecy versus the juror’s First Amendment rights, the ACLU said.

“The rules of secrecy must yield because this is a highly unusual circumstance. The First Amendment prevents the state from imposing a life-time gag order in cases where the prosecuting attorney has purported to be transparent,” said Tony Rothert, legal director of the ACLU of Missouri, in a statement.

Because Wilson was not indicted, the grand jury vote was not released. At least nine of 12 jurors would have had to find the officer guilty of the charges. The decision to not indict Wilson was announced Nov. 24, which sparked months of protests and further added to the national  conversation about race relations.

Since the Aug. 9 shooting, some have criticized authorities on all levels for everything from police brutality to the withholding of information in the case. There were a wave of protests following the incident and many protestors were accused of looting and setting businesses ablaze.

Daniel Terrill contributed to this report.