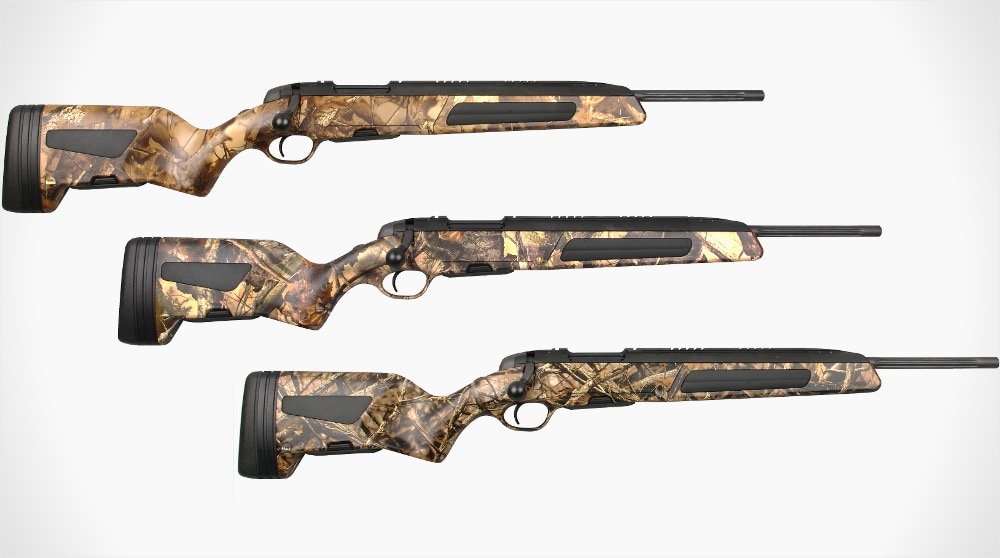 Due to customer demand, Steyr Arms will offer a limited run of factory camo-dipped Scout Rifles in 2015 by adding three camo patterns to the line-up: Early Fall, Mid Fall and Late Fall.

The camo patterns go from leaves just turning brown to bright fall colors then finally, twiggy branches of trees tucked in for the cold winter months.

Tailored for hunters and stalkers, these Scout Rifles maintain features that make the Scout platform popular year after year. Steyr is working with a local company that specializes in water transfer printing in its home state of Alabama.

To make sure that users can get the rifle they want, Steyr will take orders directly from customers for these rifles. While people generally pay a little less going through regular retail channels, this is a nice way of guaranteeing that customers will be able to get one of these limited edition rifles.

Steyr recently lowered the price on Scout rifles across the board to $1,699, and the list price for the camo models is only $100 more at $1,799, a pleasantly low price premium for the camo treatment. Steyr is taking orders starting today, with delivery times expected to take about three weeks from the day the orders are placed.

The Scout Rifle, the brainchild of Steyr’s engineers and weapons and tactics expert Lt. Col. Jeff Cooper, was developed as an all-purpose rifle. Chambered for .308 Winchester, the Scout Rifle is light enough to carry all day and all night and hits hard enough for just about all medium to large targets in North America. 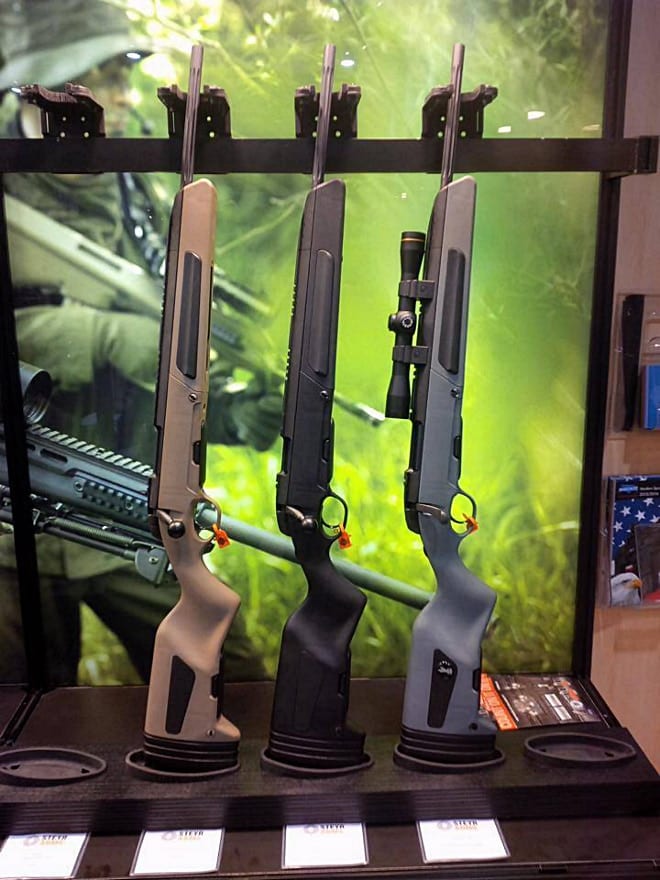 It’s a grab-and-go rifle that, thanks to five swivel sling studs, can be slung in a variety of ways, although Cooper favored the Ching Sling method. The detachable magazine holds five rounds and the rifle can carry two mags, one in the action and a spare in the stock.

The rifle incorporates a unique magazine cut-off that lets users load the rifle from the top one round at a time. With the help of a stock bandolier or mag carrier a Scout can be its own gun belt on short notice.

With most bolt-action rifles bypassing the magazine can be difficult with an optic mounted, but the Scout design calls for a long eye relief scope and is railed in front of the action for low power scopes that preserve a wide field of view. The Scout forend also has a built-in bipod for precision work.

The Scout Rifle has traditional scope rails that go over the action for shooters who want more magnification and also has integral folding iron sights with a rear aperture, peep, or ghost ring-type sight for use without optics of any kind.

The camo pattern models have slightly 1-inch-longer 20-inch fluted, cold hammer-forged barrels, an overall length of just over 39 inches and a dry weight of 6.6 pounds.

If you’re interested in ordering one for yourself right away call Steyr today at 205-417-8644 or just visit the Steyr Arms website.