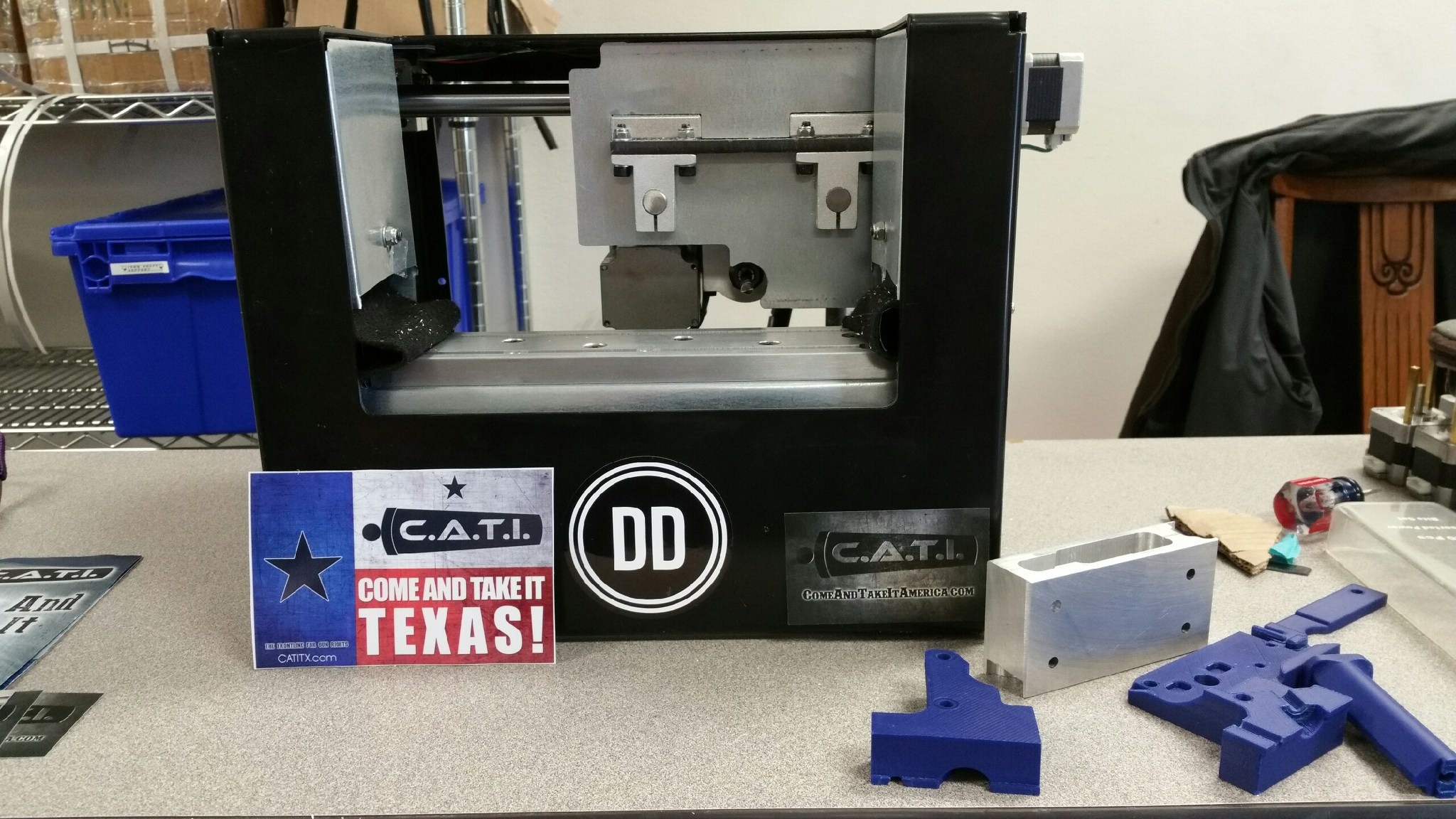 Come And Take It Texas announced plans to rally on the steps of the Capitol in Austin on the first day of the legislative session that includes manufacturing AR-15 lowers on site.

The event, planned for the start of the Lone Star state’s 2015 legislative session on Jan. 13, is part of the gun rights group’s efforts to advocate for passage of a bill to expand firearms carry in Texas, the group wrote on its website. As an exercise in civil rights, the group plans to complete 80 percent AR-15 lower receiver blanks into functional firearms on site through the use of a Ghost Gunner CNC machine.

“We will be there at 8 a.m. and stay till 6 p.m. visiting all 181 legislators’ offices,” CATI wrote on Facebook. “We will be dropping off our petitions that we have been gathering signatures for and letting our elected officials know, that we will be watching this bill (HB195) very closely.”

The measure at the heart of the rally was prefiled last month would strike the state’s framework for a concealed carry permit entirely. The legislation would allow all adults otherwise lawfully able to possess a firearm under federal and Texas laws to carry one concealed without a permit. This move, commonly called constitutional carry, would elevate the state to the same club that Vermont, Arizona, Alaska and Wyoming have joined in the past generation.

The bill came on just days after governor-elect Greg Abbott said he’d sign an open carry measure should one make it to his desk in Austin. It is unclear where Abbott stands on constitutional carry.

Besides stumping for the bill, CATI plans to use a Ghost Gunner system, developed by Austin-based Defense Distributed, to produce firearms at the rally. The device, essentially a simplified desktop CNC machine, allows a user with no prior manufacturing skillset, to produce a working AR-15 lower receiver from almost any mil-spec 80 percent receiver blank due to pre-loaded software.  As it takes about an hour to produce one receiver, the group could possibly finish 10 during the course of the rally.

While in general, it is legal to manufacture firearms for personal use provided the maker is legally allowed to possess guns, the open carry group may be on shaky ground in light of new guidance from the Bureau of Alcohol, Tobacco, Firearms, and Explosives. CATI’s decision to publicly make working AR-15s from 80 percent lowers comes the same week that the ATF released a ruling concerning the legality of the process if it involves persons or businesses other than the intended gun owner.

As part of the ruling the ATF advises that, “A business (including an association or society) may not avoid the manufacturing license, marking, and record keeping requirements under the GCA simply by allowing individuals to initiate or manipulate a CNC machine, or to use machinery, tools, or equipment under its dominion or control to perform manufacturing processes on blanks, unfinished frames or receivers, or incomplete weapons,” which could focus federal attention on the group should the ATF deem them in violation.

The move to produce firearms at the rally has brought condemnation from gun control advocates, who question the reasoning behind homemade guns.

“Come And Take It Texas, a group pushing Craig Estes and other Texas legislators to allow the unlicensed open carry of handguns, is now promoting 3D gun printing, because such weapons have no serial number that would make them traceable if they end up on crime scenes,” the Coalition to Stop Gun Violence wrote on Facebook. “Because we all know how difficult it is for criminals and other dangerous individuals to buy guns with no accountability in Texas under their existing laws, right?”

In keeping with its primary focus, CATI stresses that the event will be as legally open-carry as possible under current Texas law, saying, “Same as always no chambered rounds in long guns. Black powders are strongly encouraged. Rubber training guns, bananas or constitutions in holsters are awesome and preferred, so that you can join the activities taking place inside the Capitol.”