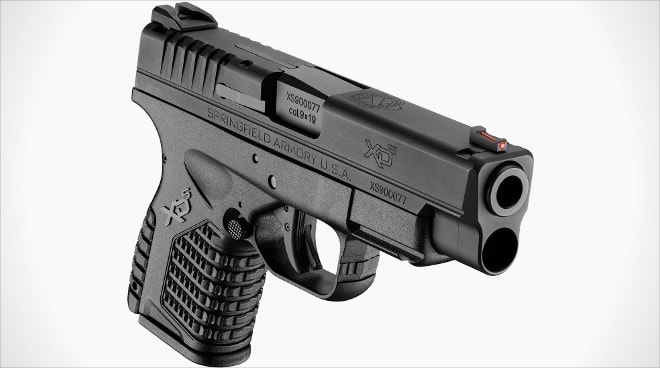 Springfield Armory is now offering the XD-S single-stack subcompact concealed-carry pistols in 9mm and .45 ACP at a lower price with the Essentials kit.

Like previous Essentials kits offered with the standard XD series, the XD-S Essentials package doesn’t come with as many accessories in order to deliver a lower price point. This is a smart move on Springfield’s part as many customers will take the savings over a couple of basic holsters any day.

The Essentials kits include a pistol, one flush-fitting magazine and one extended mag, two sizes of backstraps and grip extensions, a cable lock, a bore brush and a locking hard case; the minimum to keep and maintain the gun not including ammo or lube.

The changes are expected to knock as much as $100 off the sticker making the XD-S series even more appealing for concealed-carry. Springfield is offering the complete XD-S series with Essentials kits including 3.3-inch and 4-inch models in both calibers and finishes.

In 9mm these kits come with Springfield’s new “Mid-Mag” extended eight-round magazine instead of the original nine-round extended mag that should prove a little easier to conceal. And more options are always welcome with seven-, eight- and nine-round mags now on table for the 9mm pistols.

The .45 ACP magazines will ship with one five-round flush mag and a six-round extended “Mid-Mag.” As far as the guns themselves are concerned Springfield isn’t rolling out any changes to the XD-S sold with Essentials kits. 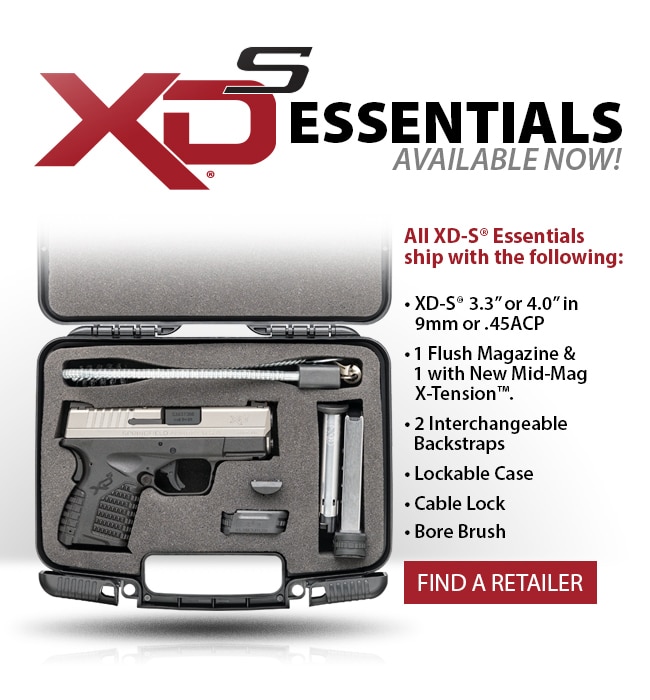 The Essentials kit and its contents. (Photo: S.A.)

These kits have just as much gun in them as the more expensive packages, including all the same features that have skyrocketed the XD-S’s popularity as a versatile concealed-carry pistol. The XD-S has, after a stumble leaving the gate, proven to be reliable, easy to carry and comfortable to shoot.

The XD-S is fit with very visible 2-dot rear sights and have a bright red polymer fiber-optic-style front sight that picks up light easily and has an ambidextrous magazine release for right- and left-handed operation.

Other features brought in from both the original XD and more recent XD-M series include a tactile loaded chamber indicator, low-profile grip safety, tabbed trigger safety, drop safety and out of battery safety.

They have a knobby tire-like grip texture that provides a solid purchase on the gun that isn’t scratchy or irritating and won’t catch on the draw, either.

Despite the aggressive looks of the XD-S it really is a slim, sleek design in person. It measures in at just 0.9 inches wide across the slide and frame making it about as thin as possible with a chassis that can handle not just 9mm but .45 ACP as well.

Springfield offers them with a standard Melonite finish or polished satin stainless two-tone finish in both lengths and calibers. If you’ve been on the fence about the XD-S or just working with a limited budget then this is great news.