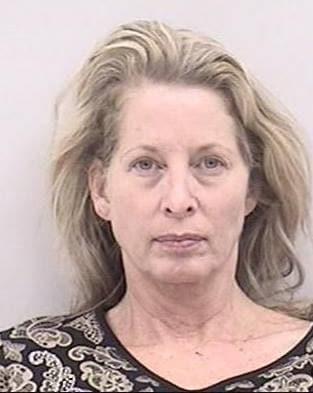 A woman running for mayor in Colorado Springs was arrested Monday afternoon after allegedly pointing an AR-15 at her boyfriend during a domestic dispute at a public park, but before she was released from jail, she was charged the next day for a separate incident in which she apparently used the same weapon while impersonating an officer.

According to a probable cause affidavit, 46-year-old mayoral candidate Justine Herring, had been involved in a domestic dispute with her 37-year-old boyfriend, Dion Thompson, last week. Herring called the police claiming that she had been kidnapped by her boyfriend and that Thompson was also responsible for stealing her car.

Three days later, Thompson was at a park with at least two male friends when Herring, armed with an AR-15, approached him. Herring was apparently aiming the gun at Thompson as well as other innocent bystanders at the park.

Fortunately, nobody was injured during the incident. Thompson was eventually able to take the gun from Herring and talk her into leaving with him.

Herring was later arrested for felony menacing and she will likely have her firearms taken away, but while she was still in jail, authorities learned of a second, more serious incident, in which she was involved.

Herring, who has a prior criminal history which includes DUI and previous restraining orders filed against her, is currently being held at the El Paso County jail.