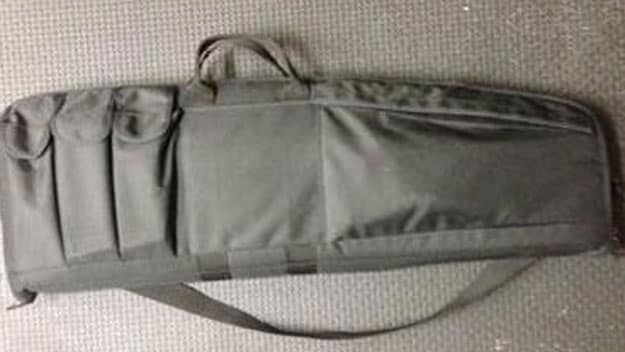 The rifle was lost when it and the bag it was stored in was left on the officer’s cruiser at the beginning of the shift Tuesday. (Photo: Salem Police Department)

Police in Salem, New Hampshire, are relieved after a local citizen returned a found Colt M4 Commando 5.56mm semi-automatic only patrol carbine with an 11.5-inch barrel that turned out to be theirs.

According to CBS Boston, the rifle had become missing about 3:45 p.m. Tuesday after an officer drove off and left it behind.

“The officer did not secure his rifle in the trunk of the cruiser prior to driving out of the police station parking lot,” police said. “The officer was dispatched to several calls after leaving the parking lot and believes the bag containing the rifle fell off of the trunk as he left the parking lot.”

It was not until the end of the officer’s shift at 11:45 p.m. that he noticed the NFA-controlled weapon was missing and authorities began searching for it.

Luckily, the search didn’t last long as a local citizen, who at first thought the gun, still in its nylon carrying case, was a violin, found it in a snowbank near his home. Once he saw that the contents of the bag were capable of playing a very different tune, the citizen contacted authorities.

“It is a tremendous relief, and we realize we still have a black eye. We own this. We made a mistake,” said Salem Lt. Joel Dolan.