The new CMMG Mk47 Mutant rifle — chambered for 7.62x39mm and designed to accept standard AK-47 magazines — is on its way to stores.

The company wanted to make sure it had everything in line gearing up for the Mutant’s launch. “We deliberately waited to launch this rifle until we were absolutely sure that we could bring a quality, finished product to stores,” said Jeff Overstreet, CMMG Inc co-owner. “So often in our industry, exciting new products are launched but consumers have to wait months, sometimes years, before the product hits shelves. We are very excited to announce that the Mk47 is already available in select stores.”

The Mk47 Mutant will be offered wherever CMMG products are sold, from your friendly local gun shop to major retailers including Cabela’s and Bass Pro Shop. Some stores are already listing the Mk47 Mutant T model at around $1,499, which is the rifle’s suggested retail prices. 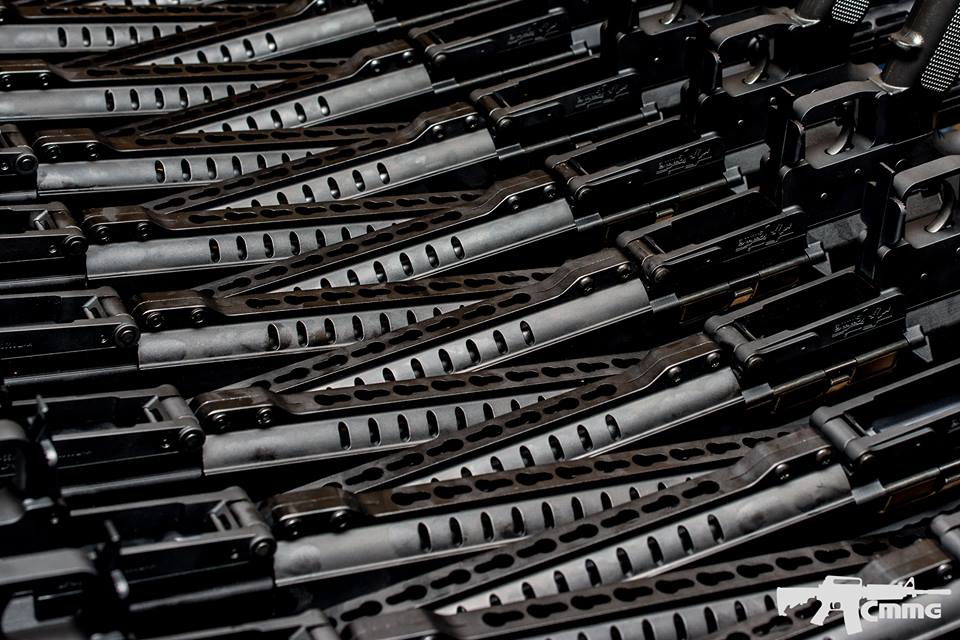 CMMG has taken a completely new approach to the 7.62x39mm AR with the Mutant. The rifle has completely redesigned upper and lower receivers to house the .30-caliber cartridge and its iconic, stout “banana” magazines.

The lower receiver has an oversized magazine well that uses the standard rock-and-lock magazine latch type that is standard on AK-pattern rifles. The lower also features an integral, oversized trigger guard that won’t snag for shooters using a loaded mag to knock out an empty mag when reloading.

These changes are necessary to make a lower receiver work with AK magazines but CMMG really went out of the way developing the upper receiver. There’s more going on here then just the slick, free-floating KeyMod handguard.

Instead of an AR-15 bolt carrier group, the Mk47 Mutant uses a shortened AR-10-style bolt carrier group. This not only adds reciprocating mass, which will help when extracting inexpensive coated steel ammo, it adds a lot of material to the bolt face for the larger-diameter cartridge.

Early attempts to make 7.62x39mm ARs sometimes used 5.56 NATO or .223 Remington bolts that were re-machined to accept the larger cartridges. This weakened the bolts leading to cracked bolts and locking lugs stopping rifles in their tracks.

The T model ships with A2-style accessories, a free-floating KeyMod handguard and one Magpul AK PMAG where available. (Photo: CMMG)

Even with properly manufactured 7.62x39mm bolts the walls of the bolt towards the front of the locking lugs are thinned quite a bit, to about half the thickness of a standard AR-15 bolt. While these are much less prone to failure than a twice-machined bolt, by starting with a bolt designed to accommodate .308 Winchester and other larger calibers there’s no questioning that the bolt is strong enough to handle the job.

The added mass of the recoil assembly isn’t much of an issue with the Mk47 Mutant since CMMG opted to use a carbine-length gas system which typically cycle with authority. It is a direct impingement gas system, unlike the proven long-stroke gas system of the AK design, so CMMG still has its work cut out for them when it comes to convincing some shooters that the Mutant has a place in today’s market.

And even when the prices do come down a bit, these will still cost as much as if not more than high-end AKs like the Bulgarian-American Arsenal rifles.

But there’s no arguing that the fact that it is an AR — at its core — which means superior ergonomics, less weight, more accuracy potential, more aftermarket support and a whole world of optics options that aren’t available for AKs, at least not without some creative cheekwelds.

CMMG’s Mk47 Mutant combines all the strengths of the AR pattern with beefed-up internals designed to hold up can after spam can of ammo. It’s an original rifle and original products sell.