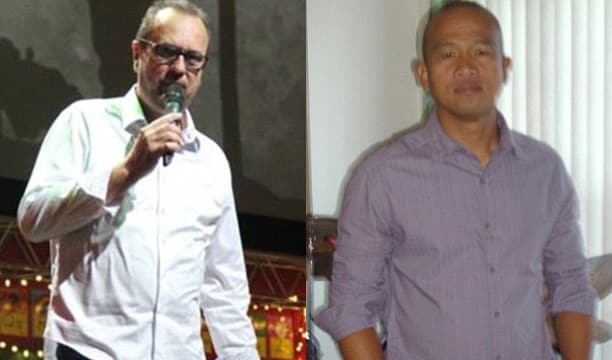 An attempt to let a long-time janitor go at a Kissimmee, Florida, church last month left one man in the hospital after an exchange of gunfire erupted.

Senior Pastor of Living Water Fellowship Church, Terry Howell, Sr., was having a meeting with David Parangan, Jr. on the morning of Dec. 30 to inform him that he was to be terminated from his job, local media reported. It has not been made public why Parangan, who had worked at the church for more than eight years, was fired or the exact steps which led up to the shooting.

However, authorities do believe that Parangan fired first, before Howell returned fire, striking Parangan. Investigators did not disclose how many shots were fired altogether, but did confirm that both men were legally carrying their guns.

Howell’s terrified daughter called 911 when the shots rang out. “We have an employee with a gun and he just shot our pastor,” she told the 911 operator. “He’s my dad. I don’t know if he’s okay. Please hurry. Please, please hurry.”

Howell’s daughter can be heard on the recording of the 911 call telling other employees at the church, “We had to get out guys. … We would have been next. He would have shot us.”

It turned out that Howell was not injured during the altercation. Parangan was originally listed in critical condition but was last said to be in stable condition and is expected to survive.

Parangan was originally charged with aggravated assault with intent to kill, but attempted murder charges were later added.

Additionally, with a search warrant, officers searched Parangan’s home while he was still in the hospital. It’s unknown what, if anything, they recovered.

At this time, authorities believe Howell acted in self-defense, but the investigation is still ongoing.

The Howell family did not want to discuss the incident, but many church members expressed that they were both shocked and saddened by the events, yet thankful at the same time.

“I attend this church, with some wonderful, God-fearing people and I know there will be many who will not understand and some who will even slander, but the truth is the truth,” church member Christ Malkemes told the Orlando Sentinel.

“It could happen anywhere though,” Quintana continued. “The times we live in, really unfortunate.”