Photo of Duggar kid getting shotgun for Christmas divides fans 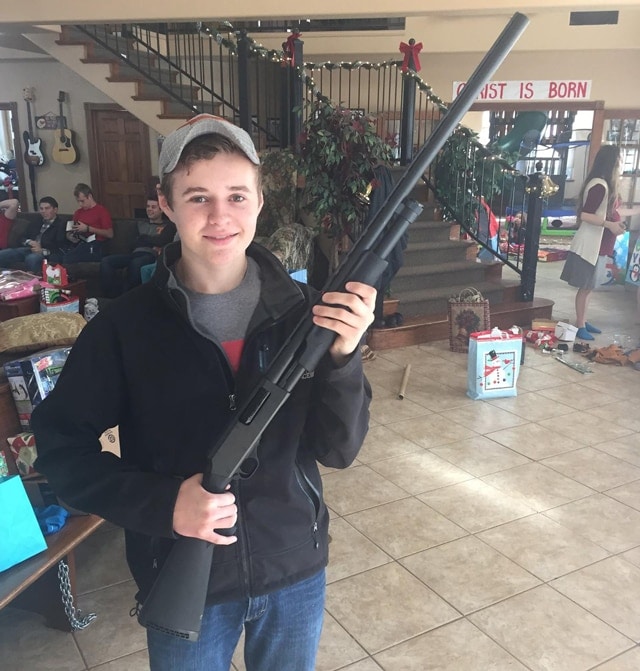 If there’s anything that creates controversy more than a photo of a baby surrounded by guns, it’s a teen boy with a gun.

The Duggar family from the TLC show “19 Kids and Counting” and what some consider their eccentric ways are certainly not newcomers to controversy, but a photo posted to their Facebook page the day after Christmas has some fans divided.

The photo shows a proud 16-year-old Jedidiah Duggar showing off his new shotgun.

While the post has only garnered a whopping 35 shares, it has received over 1,700 “likes” and almost 700 comments. Most of the comments are supportive of the family and point out that the presents they buy their children for Christmas really aren’t anybody else’s business, but some are rather taken back by the thought of a 16-year-old boy living in the gun-loving South having a shotgun.

Some fans point out that Americans have the God-given right to bear arms and others chime in as well about the right they have to bare their arms.

Of course, the post includes plenty of stories beginning with something to the effect of, “When I was a kid…” or “In my family…”

One woman goes so far as to question the Duggar family’s faith over the picture because “Violence is the antithesis of Christ’s message.”