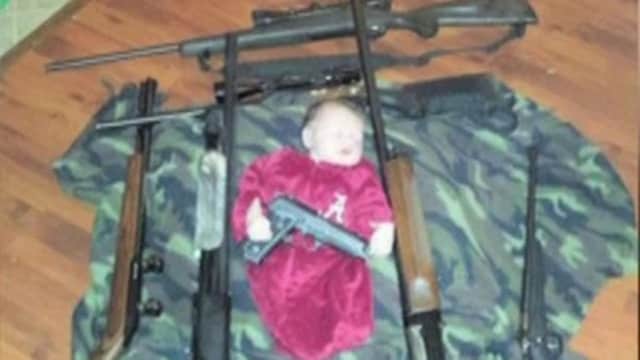 A Montgomery, Alabama, shooting range has gotten all kinds of attention after they posted a controversial picture on their Facebook page recently.

But apparently the type of feedback they received, wasn’t quite the type they were searching for.

The picture has since been removed from the Facebook page, but featured a small baby with a handgun resting on it’s tiny baby belly and surrounded by at least another six long guns.

The owners of the shooting range apparently don’t condone what’s seen in the picture, but posted it as a means to stimulate conversation, which essentially is what they got.

The baby, on the other hand, doesn’t seem like he (she?) could care less.

At least one media outlet claimed that the same photo went viral around the same time last year, but the link to the photo has since been removed.