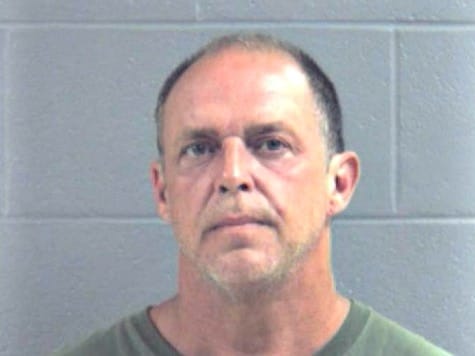 Former Sons of Guns star and founder of Red Jacket Firearms Will Hayden told a Louisiana judge Thursday that he was not guilty as accused of multiple rape counts.

Hayden appeared before District Judge Mike Erwin at his arraignment on two counts of aggravated rape handed down by an East Baton Rouge Parish grand jury last month stemming from a number of alleged incidents involving pre-teen girls dating back to the early 1990s.

“Not guilty, your honor,” were the only words spoken by Hayden during the hearing as reported by the Baton Rouge Advocate.

His attorney, Frank Holthaus, however, elaborated after the court proceedings to the local media, stating that his client was innocent and that the allegations were false.

“It’s very easy to lodge complaints and allegations, but this is a court of law, not the ‘Dr. Phil’ show,” said Holthaus, referring possibly to an interview given by Hayden’s 34-year-old daughter Stephanie in which she recalled details of alleged assaults by her father.

Hayden, former owner of Red Jacket Firearms, the focus of a now-canceled Discovery Channel show, is facing charges that could end up with multiple mandatory life sentences in the state penitentiary.

The allegations accompany reports that first emerged last August that had the reality TV star and gunsmith booked on child molestation charges. Released on $150,000 bond at the time, Hayden was arrested again two weeks later on charges of aggravated rape of a 12-year-old.

Hayden has been in the custody of the East Baton Rouge Parish Sheriff’s Department since Aug. 27, with the possibility of release on a $350,000 bond. Ironically, in 2011, Hayden assisted the agency with outfitting their patrol boat for crew-served weapons to include a M240B machine gun and a Mk 19 grenade launcher.

The series of allegations and arrests led Red Jacket to cut ties to Hayden and the Discovery Channel to cancel the once-popular show due to public outcry.

According to the New Orleans Times-Picayune, Hayden will return to court next week to enter a plea in a separate count of forcible rape and has a status hearing set for April 21.