26 states line up in opposition to San Fran's gunlock law 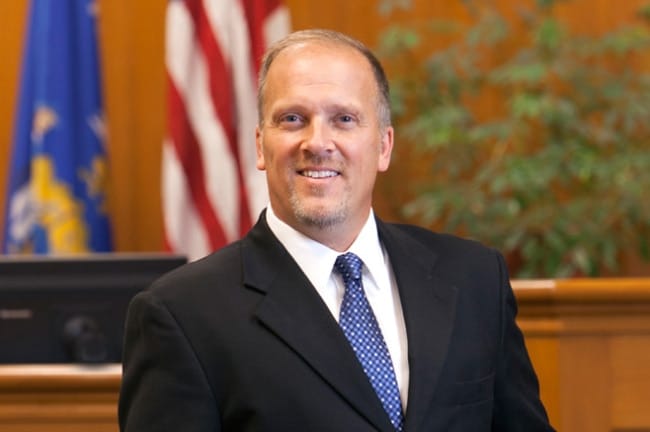 Wisconsin Attorney General Brad Schimel is the latest to sign on to a friend of the court filing opposing San Francisco’s gun lock law, bringing to a total of 26 states asking the Supreme Court to intervene in the case. (Photo: Fox 11)

Last week Wisconsin’s Attorney General Brad Schimel became the latest to file a friend-of-the-court brief urging the Supreme Court to throw out San Francisco’s law requiring guns to be locked up even at home.

The brief filed by Schmiel joins 25 other states, lead by Nebraska, who are seeking the intervention of the nation’s highest court to help overturn the California ordinance. This comes in the latest installment of the saga over Jackson v. City of San Francisco, which was unanimously rejected by a three-judge panel of the U.S. 9th Circuit Court of Appeals last March who upheld a district court’s ruling that the city’s gun lock law was valid.

“We must act, because if the decision by the federal Court of Appeals is not reversed, the precedent it sets could influence policy decisions and court holdings affecting the Constitutional rights of citizens within their homes, not just in the City of San Francisco, buy anywhere in America, including Wisconsin,” explained Schimel of his reasoning for joining Nebraska’s amicus curiae brief.

Further, it took exception with the blanket ban on selling ammunition with “no sporting purpose,” which in effect took self defense-based rounds off the local shelves. Plaintiffs in the case included Espanola Jackson, the National Rifle Association and the San Francisco Veteran Police Officer’s Association.

The appeals court found in 2014 that the city’s law was circumspect when it came to constitutional rights but that it was, “not a substantial burden on the Second Amendment right itself because it did not prevent an individual from possessing a firearm in the home.”

The filing signed by the 26 state AGs reads in part that, “Unless the Court grants review, the law in the Ninth Circuit will remain that law-abiding, responsible citizens will be unable to possess operable firearms in defense of hearth and home. A decision that such a law passes constitutional muster would undermine the core right protected by the Second Amendment.”

Attorneys for Jackson have long felt that either en banc review by the entire Ninth Circuit or examination by the Supreme Court is required to end the case.

“We are hopeful that the Supreme Court will clarify that it meant what it said in its decisions from 2008 and 2010 — that the Second Amendment is not a second class constitutional right,” Chuck Michel, the West Coast counsel for the National Rifle Association and spearhead of the Jackson legal effort, told Guns.com.