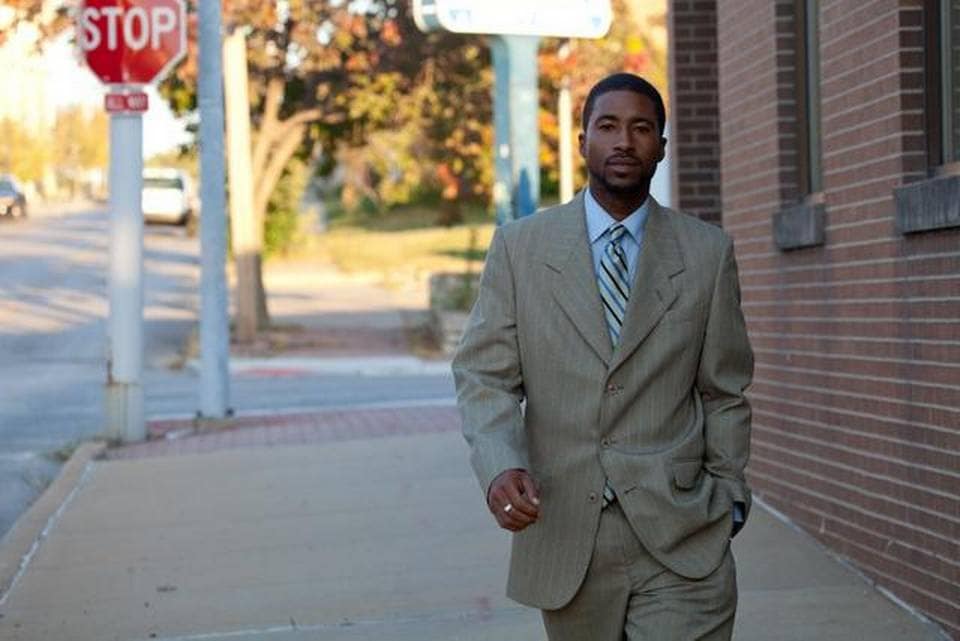 After a summer that included the death of Michael Brown and the Ferguson Riots, a Missouri state lawmaker is proposing to mandate all police wear body cameras paid for through a special sales tax.

The twin bills introduced by a Kansas City Democrat would require uniformed law enforcement officers to wear a video camera while on duty and to preserve any resulting recordings of interactions for at least 30 days. The program would be paid for by a statewide 1 percent increase in sales tax on items to include handguns and ammunition. The cameras are needed, according to the legislation’s author, due to the events of this past summer in Missouri.

“That’s something that I think is a necessity not only when we look at what happened in Ferguson, but when we look at inner-city interactions between law enforcement,” Rep. Brandon Ellington (D) told local media in December.

Ellington’s House bills 75 and 76, would in tandem establish a 1 percent tax on every retail sale of handguns or ammunition in the state to be deposited into the “Peace Officer Handgun and Ammunition Sales Tax Fund.” A separate tax on other tangible personal property would be funneled into a similar fund.

These new revenue streams would then offset the cost of video cameras to be worn by every uniformed peace officer in Missouri to be used whenever they interact with the public. The video from these interactions would be saved for a minimum of 30 days. However, detectives and officers working undercover would be exempted.

Ellington previously introduced a similar camera bill in the 2014 session without the requirement for increasing sales tax to fund the mandate. That bill died in the House Crime Prevention and Public Safety Committee.

The new legislation is not Ellington’s first attempt at post-Ferguson reforms. In December, he introduced a bill that proposes to abolish the grand jury process in the state, stating at the time, “In light of the biased grand jury proceedings that took place in the Michael Brown case, Missourians should have the chance to consider whether the antiquated grand jury process still serves a legitimate purpose in our modern criminal justice system.”

Reaction to Ellington’s body camera tax scheme from gun rights groups has not been favorable.

“Forcing law-abiding Missourians to pay an additional tax on firearm and ammunition purchases is unmerited,” read a release from the National Rifle Association’s Institute for Legislative Action. “Gun owners and purchasers should not be responsible for funding these projects.”

Meanwhile, gun industry groups, who have responded to legislation such as this in the past, advised they will continue to do so in the future.

Should Missouri pass Ellington’s legislation, it would not be the first time in recent years that lawmakers have financed special projects from gun sales. In Cook County, Illinois officials enacted a $25 one-time “Violence Tax” on each gun sale to fund indigent gun shot victim care at the county-run hospital. This came at the same time that legislation was proposed in Maryland, Massachusetts and California to add extra fees to ammunition sales to finance various mental health initiatives.

Missouri HB 75 and 76 were introduced last week but are not currently on a House calendar.