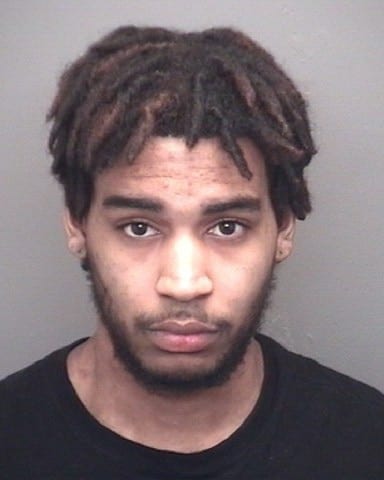 An Evansville, Indiana, couple faces a slew of charges after a gun-related arrest Thursday led police to discover at least two videos of a 1-year-old child playing with what appeared to be a .40-caliber handgun.

Michael L. Barnes, 19, was arrested Thursday after he attempted to illegally sell a handgun to an undercover police officer. But, according to reports by local media, during an investigation the following day, authorities made what’s described as a “mind-numbing” discovery on Barnes’ cell phone.

The videos found on the cell phone clearly show the young child playing with the gun, even putting the end of the barrel in her mouth, as Barnes can be heard in the background encouraging the child to pretend like she’s shooting by saying, “Pow.”

Authorities also determined that the child’s mother, 22-year-old Toni Wilson, was present while the videos were being made. Not only did Wilson or Barnes not attempt to stop the child from playing with the firearm, they actually appeared to be encouraging the behavior.

When confronted about the videos, Wilson claimed the gun was just a pellet gun.

Wilson and Barnes were arrested and now face charges for child neglect, criminal recklessness with a deadly weapon, and allowing a child to possess a firearm. In addition, Barnes also faces the original gun charges from the previous day.

Authorities removed the 1-year-old as well as the child’s siblings, 1-month-old twins, from the home and they have been placed in emergency care.