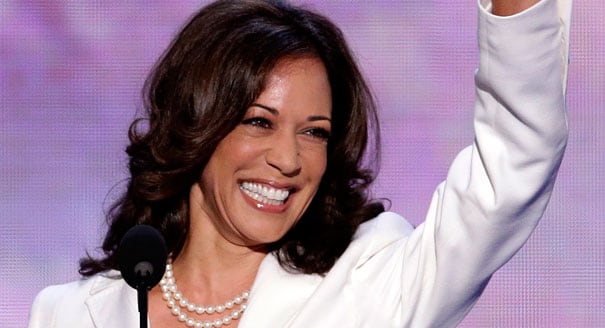 After news broke that long-time gun control champion U.S. Sen. Barbara Boxer (D) would give up her seat in 2016, it only took a week before confirmation came that California’s controversial attorney general would seek it.

According to reports from the Associated Press, Harris is set to formally announce her candidacy Tuesday for the junior Senate seat held by Boxer since 1992. This came just after Lt. Gov. Gavin Newsom (D) announced he would not seek out the position. Harris would be the first official candidate to announce although others to include former Los Angeles Mayor Antonio Villaraigosa have been theorized.

Harris, 50, started off as the deputy district attorney in Alameda County in 1990 then progressed moved through the ranks of attorneys employed by San Francisco before winning election as that city’s district attorney in 2003. While there she penned a brief to the U.S. Supreme Court against gun rights advocates in the landmark 2008 Heller case contending that the District of Columbia’s defacto gun ban did not violate the Second Amendment.

It was also under her two-term watch as San Francisco’s chief law enforcement officer that the city’s controversial gun lock and ammo ban law was implemented. That law has been mired in legal proceedings backed by the National Rifle Association and gun industry groups and currently has 26 state attorneys general in opposition.

Picking up the Democratic nomination for California attorney general in 2010, she narrowly won that office with the endorsement of fellow party members U.S. Sen. Dianne Feinstein and then-House Speaker Nancy Pelosi. Since assuming that position, she has overseen an expansion of a program to seize firearms from prohibited gun owners, unsuccessfully fought to keep the state’s 10-day waiting period for gun purchases, announced that California’s dormant Microstamping law is now in effect, and come out swinging in the Peruta v San Diego case which could change the state’s may-issue policies for concealed carry handgun permits.

In recent months Harris has been bandied about as a potential replacement for U.S. Attorney Gen. Eric Holder as well as a possible appointment by President Barack Obama to the U.S. Supreme Court should a justice retire during his second term.

Gun rights advocates in California told Guns.com that Harris setting her sights on Washington might actually be good news to those in the Golden State.

“In the U.S. Senate, given the trend, Harris wouldn’t have the power to run free with her far-reaching gun control agenda,” Brandon Combs, president of the Firearms Policy Coalition and executive director of the Calguns Foundation told Guns.com last week.

If Harris fails to secure Boxer’s Senate seat in 2016, she could have a run at Gov. Jerry Brown’s spot once he terms out in 2018.