Albuquerque Police Officer Dominique Perez and retired Detective Keith Sandy were part of the law enforcement team which descended upon 38-year-old James Boyd on March 16, resulting in a four-hour standoff before Boyd was shot. At one point, there were 20 officers on the scene.

Authorities said Boyd had a history of mental illness and paranoid schizophrenia, and had previous run-ins with law enforcement, which included assault on a police officer. 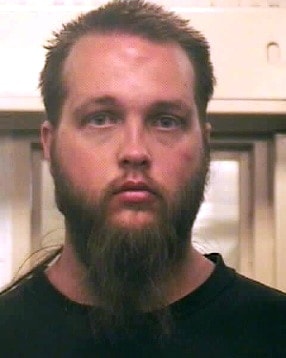 During the confrontation, James Boyd, who had a 20-year history of mental health problems, claimed that he was from the Department of Defense. (Photo: Albuquerque Journal)

Boyd, who was homeless and initially refused to leave the area, was armed with at least two knives during the confrontation and threatened the officers. In video released from Perez’s helmet-mounted camera, Boyd appeared to be attempting to comply with officers’ demands and began to gather his belongings before a flashbang is thrown near his feet and a K-9 unit lunges at him.

At that point, Boyd dropped his things and brandished two knives, but he turned away from the officers before he was shot in the back by Perez and Sandy. Boyd fell to the ground, face down, and two knives could then be seen, one in each hand.

Eventually, a K-9 unit is released and grabbed Boyd’s leg in his mouth. Still, Boyd remained motionless as officers drew closer and handcuffed him.

Boyd died from his injuries the following day.

Perez, who has been on administrative duty since the shooting, and Sandy, who retired eight months after the shooting, are the first Albuquerque officers in at least 50 years to face murder charges stemming from an on-duty shooting.

Bregman said, “There is not one shred of evidence to support any … criminal intent on the part of Keith Sandy.”

However, Brandenburg told reporters, “We have enough evidence of probable cause. We can meet that standard in this case.”

Luis Robles, Perez’s attorney, has not commented on the case.