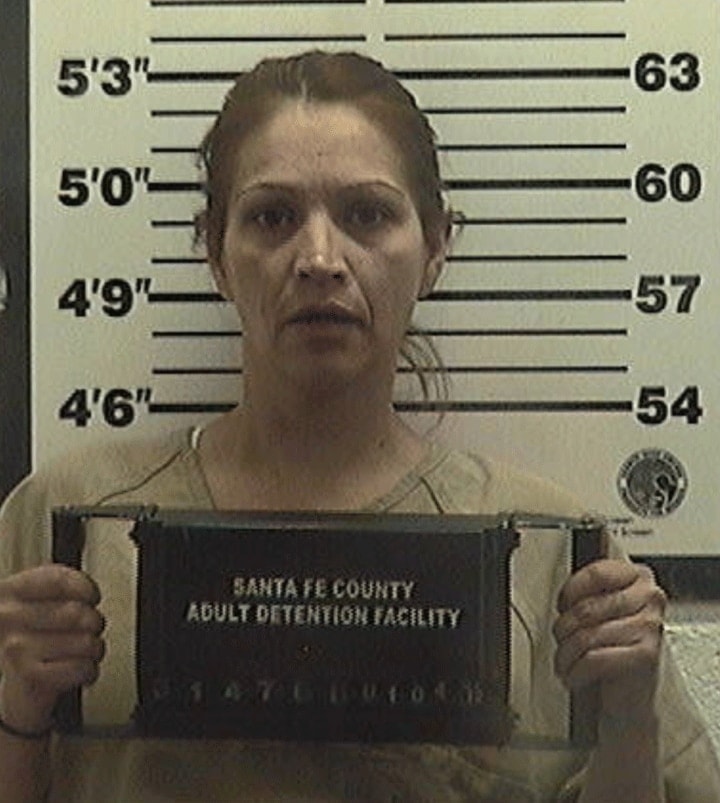 A woman is behind bars after breaking into a Santa Fe home recently only to be met by an armed homeowner.

Erica Duran, 32, broke a window to gain access to the home just before noon on Jan. 4. The homeowner, who has not been identified, told authorities that Duran armed herself with a piece of broken glass before he opened fire.

Duran was not struck by the bullet, which hit the ground, but it was enough to make her flee from the home before taking any items or injuring the homeowner, the Santa Fe New Mexican reported.

One neighbor, who did not wish to be identified, said police responded to the scene with their guns drawn.

Authorities found Duran on a nearby street where she was arrested and charged with aggravated burglary, aggravated assault with a deadly weapon, possession of drug paraphernalia, concealing her identity and criminal damage. In addition, Duran, who has a prior criminal record dating back to 2005, had three outstanding warrants.

Neighborhood residents said break-ins are common in the area and some said they’ve even seen Duran in the neighborhood before. According to Lt. Andrea Dobyns of the Santa Fe Police Department, Duran had used a number of different ploys to attempt to gain entry into other homes in the area, and had visited one neighbor’s home twice in one week – once when she said she was lost and another time she tried selling a purse to a resident.

Additionally, another neighbor said Duran had recently come to his house asking for a ride, but returned the following day and attempted to break into the house through his daughter’s bedroom window before being chased away by the man’s wife.

Dobyns also said Duran was caught with stolen property when authorities arrived, but none of the items were from the homes nearby.

Daniel Werwath, who has lived in the neighborhood for about six years, told reporters, “People stop by here a lot saying, ‘We’re looking for a dog,’ or ‘I need a ride.’”

But Werwath thinks those people are not actually in need of anything, but rather just simply casing the area.