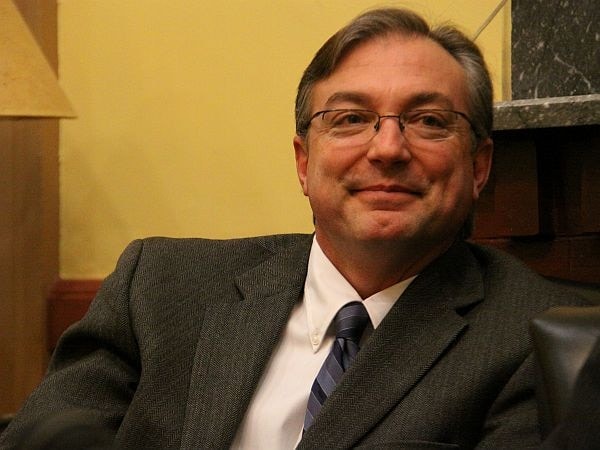 A group of Democrats allied to a gun control organization pledged this week to bring expanded background checks for virtually all gun transfers to Vermont.

The measure, to be introduced this week by state Senate Majority Leader Philip Baruth (D) with support from Senate President John Campbell, and Assistant Majority Leader Claire Ayer would mandate background checks be performed for most private gun sales in the state. Gun control advocates cite that this would close a loophole in state law.

“The National Instant Criminal Background Check System (NICS) has worked to block thousands of gun sales to domestic abusers and other dangerous people at licensed gun dealers, but a loophole remains in Vermont’s laws that allows them to buy guns from unlicensed sellers over the internet and at garage sales with no questions asked,” reads a release from Gun Sense Vermont who presented 12,000 signatures to Gov. Shumlin calling for expanded checks.

According to the Battleboro Reformer, Baruth’s as of yet unfiled legislation would also include language to allow state prosecutors to enforce federal gun laws and expand reporting of mental health records to the Federal Bureau of Investigation’s NICS program.

A state gun rights group, Gun Owners of Vermont has gone on a strong counteroffensive against the promised bill. In a report delivered to lawmakers this week, they cite that the Green Mountain State is the one of the safest in the nation with the lowest numbers of gun homicides documented per capita. The state is one of just five that have a Constitutional carry mandate, which allows lawful concealed carry for anyone who can legally possess a firearm.

Sportsmen’s groups in the state are also condemning the effort.

“We have one of the best states on gun safety,” Evan Hughes, lobbyist for the Vermont Federation of Sportsmen’s Clubs told Vermont Public Radio. “We just see this moving legislation agenda addressing a problem that doesn’t exist. It’s actually a solution in search of a problem.”

The call for expanded background checks at the state level has become the in recent months the calling card of gun control organizations. In 2014 Washington state held a historic up or down ballot initiative that passed by nine points to mandate an 18-page measure to greatly expand checks in that Pacific Northwest state. Former New York Mayor Michael Bloomberg’s Everytown for Gun Safety group funded the lengthy campaign in large part. Following the Washington win, Everytown moved on to Nevada and while promising to recycle the same model in other states.

This week, Everytown released a study conducted into background checks in Vermont in which they contend the decrease in number of background check denials in the state by the NICS system since 1998 means that more criminals and otherwise prohibited firearms possessors are buying guns through private transactions.

Baruth is expected to introduce his bill Friday.