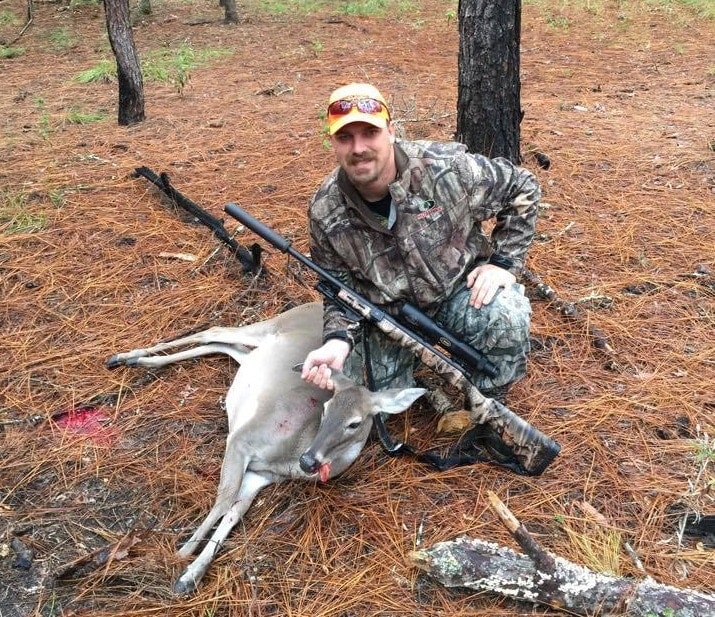 Florida hunters such as this one wasted no time getting in the field with their NFA-compliant suppressors after last November’s rule change. Now, with Wednesday’s dismissal of a challenge to that claim, they may be able to stay that way. (Photo: ASA)

A state judge on Wednesday dismissed a filing by three individuals who challenged the Florida Wildlife Conservation Commission’s recent change in how suppressors are used.

The petition, filed in December with the Florida Division of Administrative Hearings, asked an administrative law judge to throw out the unanimous decision of the FWC Commissioners last November to allow hunters in the Sunshine State to take game animals with otherwise legal suppressors. The state had banned the use of the devices in harvesting deer, gray squirrels, rabbits, wild turkeys, quail and crows with silenced or suppressed rifles and pistols since 1957.

The petitioners in the case cited safety concerns and claimed that the FWC offered no evidence before overturning the half-century ban.

Nevertheless, Florida administrative law Judge Claude B. Arrington from his bench in Tallahassee dismissed the case Jan.14, citing the court lacked the jurisdiction to overturn the FWC decision. Arrington explained that when the Commission is acting in its authority under the Florida state Constitution, such as when it made its November rule change, it is not subject to review under the state’s Administrative Procedures Act.

“Thus, if Petitioners wish to challenge the matter at hand, a means to challenge has already been provided: Petitioners must bring their challenge directly before the circuit court,” wrote Arrington in his four-page order.

The challenge had been filed by south Florida attorney Christopher T. Byrd, who did not respond to a request for comment by Guns.com on the dismissal. Byrd had led discussion at a workshop by the Florida League of Women Voter’s Gun Safety and Natural Resources committee to oppose the rule change in the weeks prior to the FWC decision.

Though Byrd previously advised that the group is not associated with this challenge, one of the petitioners, Chuck O’Neal, is on the Board of Directors of the Florida LWV.

Gun rights advocates in the state were pleased with Wednesday’s decision.

“Clearly, FWC had full authority to take the action they took,” Marion Hammer, president of the Unified Sportsmen of Florida and past president of the National Rifle Association told Guns.com. “The challenge was nothing more than sour grapes and frivolous action at best.”

Currently there are nearly 600,000 registered suppressors nationwide, with Florida collectors holding some 40,000 of those. The state ranks third in ownership of these sound moderating devices, with only Texas and Georgia having more. Both of those states already allowed hunting by otherwise lawfully suppressor-equipped sportsmen. Should the rule change stand further possible review, it is the 32nd state in the country to allow the taking of game animals with these devices.

Industry groups are counting the news from Florida as a win.

“The challenge to the FWC’s unanimous decision to legalize the use of suppressors while hunting in Florida was nothing more than a publicity stunt,” Knox Williams, president of the American Suppressor Association, told Guns.com. “The FWC was well within their Constitutional authority to change the regulation, thus making hunting in the state a safer experience. We applaud Judge Arrington for dismissing the petition in a timely fashion.”