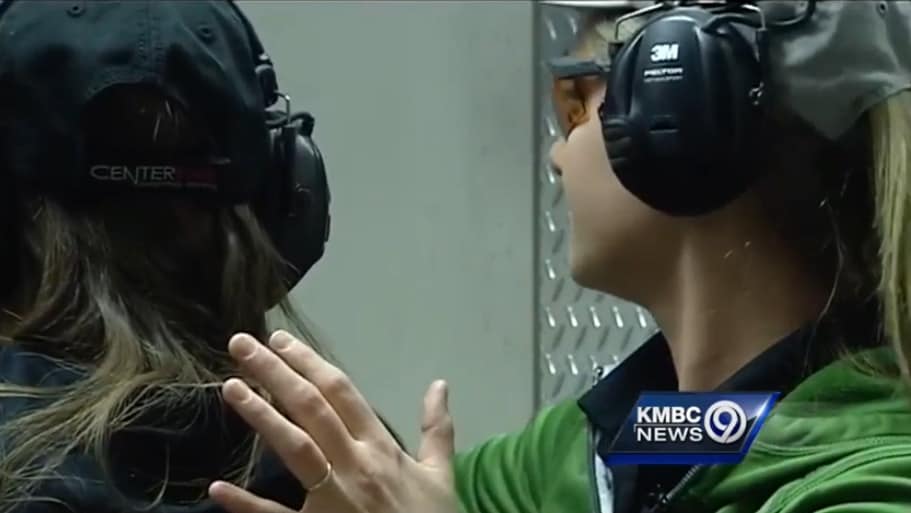 The incident has left some women picking up a pistol for the very first time. (Photo: KMBC)

Following an armed robbery last week at a gun store in Shawnee, Kansas, which left one man dead and his wife injured, some area gun shops have seen a spike in gun sales and enrollment in self-defense classes.

Four men attempted to rob the She’s a Pistol gun shop Friday, which led to a shootout between the store owner and the suspects. The owner, Jon Beiker, died from his injuries, but not before he returned fire and shot three of the four suspects, all of who are now in custody and charged with Beiker’s death, in addition to attempted robbery.

Beiker’s wife, Becky, who was also assaulted during the robbery, said in a statement that her husband “saved her life because he had a firearm,” and now the incident has others, especially women, rethinking their own safety.

“They know it’s there,” Jean Basore, co-owner of Centerfire Shooting Sports in nearby Olathe, told KMBC. “They know the crime and the violence exists, but when it hits in your back yard, it’s a little bit of a wake-up call.”

Basore said late into the week the shop posted an advertisement for an upcoming women’s gun training class, and within just a couple of days, the class was completely filled. Likewise, the shop’s concealed carry classes are already booked up through February.

Basore added, “All that’s going on, not only in Kansas City, but globally, has really made people think about their personal safety and so I think that they’re concerned.”

And Blasore also pointed out that while people used to be worried about crime primarily around big cities or at night, that’s not so much the case anymore.

Furthermore, others question the reasoning behind robbing a gun store.

“I just don’t think they knew what they were doing,” Fred Maness said. “How do you think you are going to go in there and rob a gun store when you know everyone is packing in there? They’ve all got a license, you know?”

“It probably wouldn’t be a very bright idea to come in and think you can overpower someone with a gun when there’s a lot of people around them with guns as well,” she said.