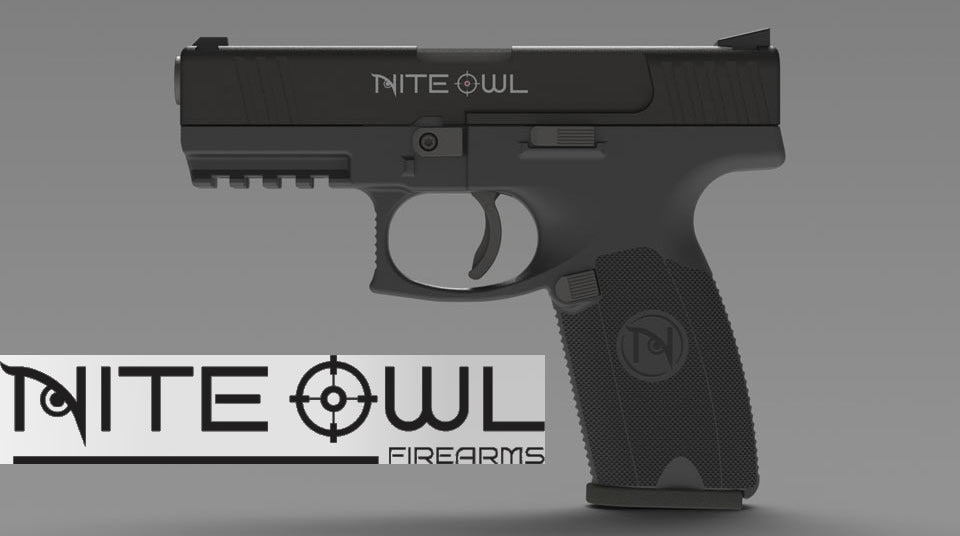 A hundred percent American-made, the NO9-R will be followed with a mirrored, left-handed model. (Photo: Nite Owl)

Nite Owl Firearms is a brand-new name in the gun industry and with a new take on a time-tested design. Operated by Evans Machining Services out of Clarton, Pennsylvania, a machine shop with 35 years of experience, Nite Owl is working on a series of striker-fired, polymer-framed handguns starting with the NO9-R.

The N09-R is a straightforward design. From a distance, it could be mistaken for any number of other similarly-specced handguns. It’s a service pistol-sized double-stack 9mm with a 4-inch barrel and full size grip.

Like the majority of striker-fired pistols it features a passive trigger safety and has pretty familiar controls including a railed frame, standard slide stop, magazine release and take-down lever on the left side.

So far it looks like Nite Owl has ticked off all the right boxes. The grip angle and texture isn’t overly aggressive and the backstrap leads up to a generous beavertail. The trigger guard is swept high and has a deep undercut. And the sights are placed far apart for a long sight radius.

It’s inside where things start to get interesting. Being a machine shop, all of the internals are machined from solid billet steel rather than cast or stamped metal. In theory, this may make the N09-R last longer and stand up to more abuse than guns that opt for cheaper construction standards.

“Over the last three years, we’ve developed a product that is ergonomically ideal and performs flawlessly out of the box,” said Dan Evans, Nite Owl president. “We believe consumers should expect more from their firearm, especially if they entrust their life to it for self defense. We aim to deliver on that expectation.”

But what may be the N09-R’s best selling point is it’s successor, the L-model. Evans must have some southpaws in the family as the company plans to follow the N09-R with a true left-handed variant.

Everything about the lefty model will be reversed, not just the controls. It will be completely mirrored with transposed controls and a left-side ejection port.

“This eliminates the need to reverse or have ambidextrous controls on the gun giving any left handed shooter a false pretension that ambidextrous is made for everyone,” said Rabbit Boyett, a Nite Owl spokesman.

“Is it fair to left handed shooters that the pistol ejects from the right side, distracting them while placing shots? We don’t think so,” Boyett said. 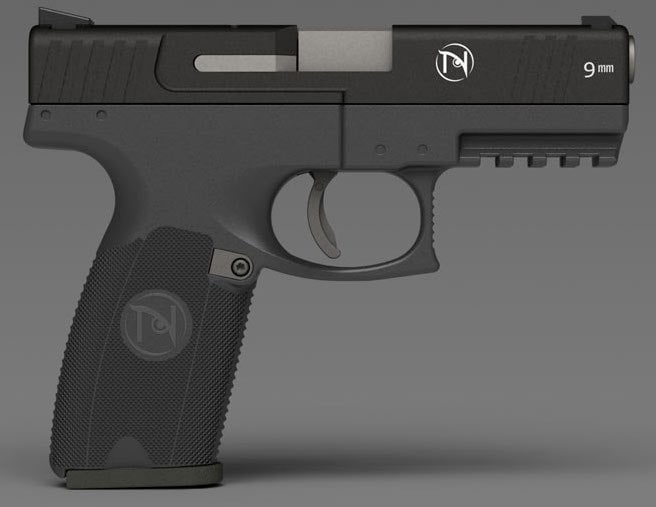 We’ll have to reserve all our judgement until we have one in-hand, but on paper the NO9-R gets a lot of things right. (Photo: Nite Owl)

The pistols use Beretta 92-pattern magazines and will ship with mags by ACT. Depending on the magazine they will have either a 15+1 or 17+1 capacity. They’ve tested the design with limited-capacity and extended mags including Beretta and Mec-Gar magazines without issue.

The sights are an in-house design but the dovetails in the slide are the smallest possible allowing gunsmiths to enlarge them to work with other sight standards. The factory sights are three-dot sights and they will also have fully-adjustable sights as well.

The rest of the gun’s specifications are in-line with popular service pistols. It measures in at 7.2 inches long, 5.2 inches tall and weighs 28 ounces, unloaded. These guns are 100 percent American-made, including the magazines.

Like all new companies, they’ve still got their work cut out for them. Their product will have to be put through the paces with third-party testing and evaluation and they’re going to have to be their own aftermarket support for accessories like holsters and night sights.

They are working on other models and will eventually offer full-size, compact and subcompact variants with .45 ACP versions to come hopefully by next year. All of their pistols will be offered in true left-handed configurations.

The good news there is that Nite Owl is open to feedback. Even before they officially launch the NO9-R — at the Great American Outdoors Show on Feb. 7.

“Every time we turn around we have another idea,” said Evans. “We’re looking forward to what the future holds for Nite Owl Firearms and are excited for feedback from our fans and customers.”

For more information about this budding brand be sure to stop by the company website at Nite Owl Firearms.