Pennsylvania lawmaker seeks to ban use of human-shaped targets 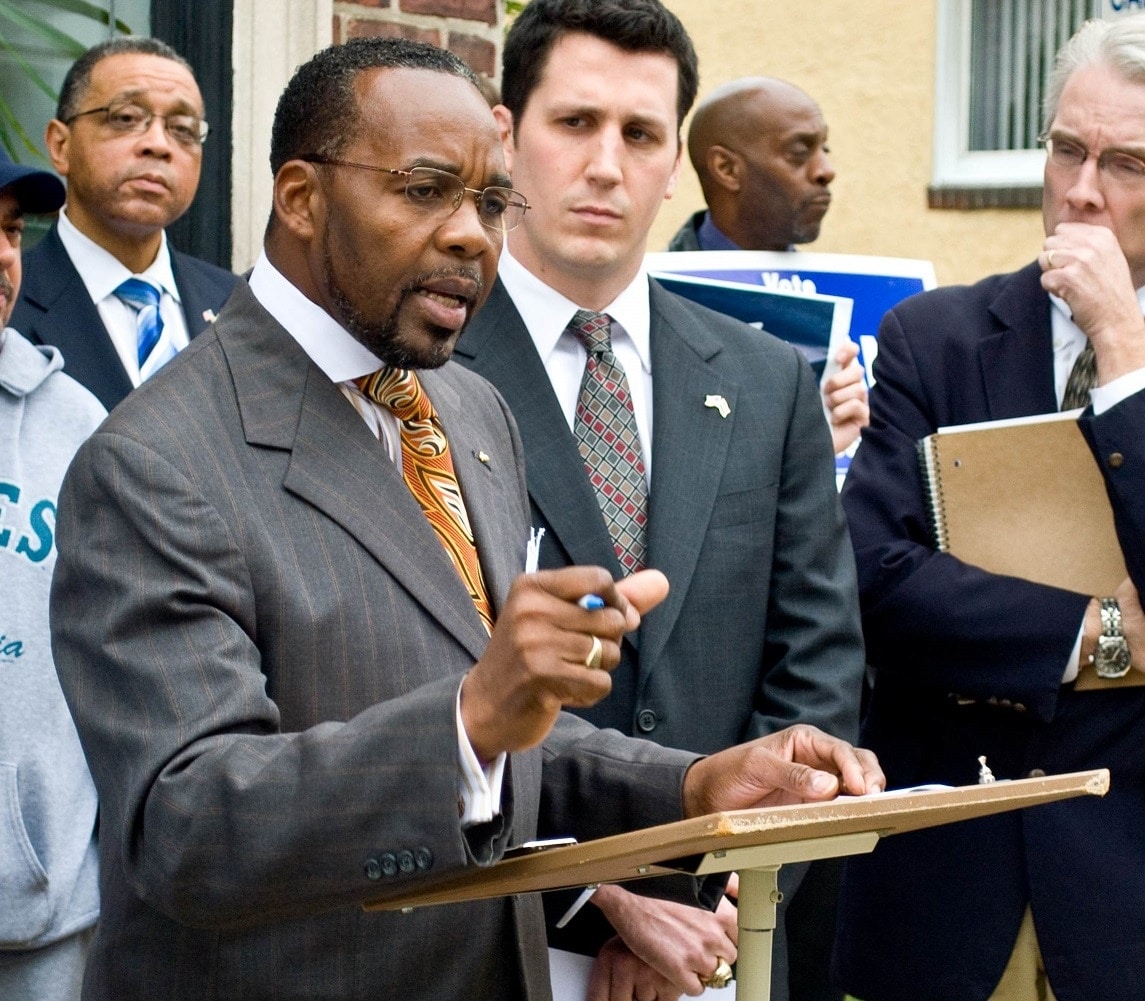 Rep. Thaddeus Kirkland (D), at podium, wants to ban the use of human silhouette targets in the Commonwealth of Pennsylvania for all but law enforcement. (Photo: The Chester Spirit)

Citing that they “perpetuate violence,” a longtime member of the Pennsylvania state house wants to prohibit individuals from using targets shaped like human silhouettes.

The effort, now currently just a memoranda circulating among House members seeking support, would make exceptions for law enforcement officers while banning the use of the same targets by other shooters.

Instead of silhouettes of humans, Kirkland proposes the use of targets with impact zones shaped like “white-tailed deer, black bear, wild turkey, and elk.”

He has been an outspoken advocate of gun violence issues, sponsoring a “Hoodies on the Hill” event in 2012 to protest the verdict in the shooting death of Trayvon Martin by George Zimmerman and staging a protest on the floor of the state house to force action on gun control legislation last August. The latter was a repeat of a walk out he led in 2007 in an attempt to gain traction on gun control bills.

A survey of local gun ranges in the area by Lancaster Online found hit-and-miss reaction to Kirkland’s proposal. While one shooting club had long stopped the practice of using human silhouette targets, retailers have few qualms with them.

“We sell them because our customers have told us they want them,” said Alex Cameron, general manager of Kinsey’s Outdoors in Lancaster County. “And we will happily continue to do so.”

A follow-up poll held by local media found that 93 percent of respondents voted no to the question of, “Should human silhouette targets be banned?”

Kirkland has not introduced his proposed legislation as of press time.