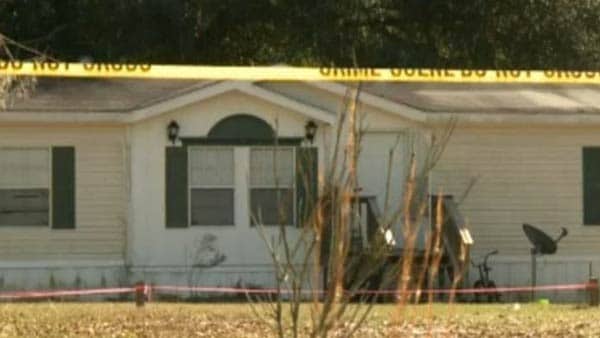 Child welfare services had investigated complaints in the past, but the children were never removed from the home and no charges were ever filed. (Photo: WFLA)

Two sisters accused of premeditated murder in the killing of their 16-year-old brother earlier this month at their White Springs, Florida, home will be charged as juveniles. However, authorities have discovered the family had a dark past with at least one of the sisters enduring years of abuse, and the parents of the children are now facing charges as well.

The father, who was a truck driver, and the mother had left their children – ages 3, 11, 15 and 16 years old – home alone on Jan. 4 while they went out on the road for a two-day truck haul, Fox News reported. But the day after they left, according to the 15-year-old girl, her 16-year-old brother beat her before locking her in her bedroom, something which authorities later discovered was a regular occurrence.

After the boy fell asleep in the living room, the 15-year-old girl was able to convince her 11-year-old sister to unlock the door and let her out of the bedroom. The 15-year-old then went to retrieve a pistol from her parent’s bedroom, but knowing that the door was locked, she went outside and gained access to the bedroom by removing an air conditioning unit from the window.

While the 11-year-old girl kept watch, the 15-year-old then found the pistol, loaded it and walked into the living room where her brother was still asleep, lying on the floor in front of the fireplace, under a blanket with his head resting on a pillow. The girl walked up to her brother and shot him point blank in the neck. The two girls then left the home, leaving their 3-year-old sister behind.

The parents of a friend of the 11-year-old later called the police after the friend received a phone call from the girl stating that they had run away and needed a ride. Authorities later found the girls walking down the road and, according to the police report, when first confronted about the incident, the teen girl applied makeup as she spoke, “would not maintain eye contact and appeared emotionless.”

The 15-year-old eventually began to cry and confessed to shooting her brother. When authorities arrived at the home, they were greeted by the 3-year-old who told them, “He’s dead,” referring to the 16-year-old brother.

Authorities also found the bedroom where the 15-year-old had been kept. It contained only a blanket and a bucket filled with urine. Investigators learned that the girl was often locked in the bedroom, sometimes for weeks at a time.

Upon further investigation, authorities also discovered that the girl had been sexually abused my her uncle, who was convicted in 2010 and now serving a prison sentence. A year later, the mother apparently found the two teens having sex. Although authorities and child welfare services were contacted, no charges were filed and the children were never removed from the home.

Furthermore, officers also found that the teen girl had attempted to commit suicide in an unknown manner, but emergency services or law enforcement were never contacted at the time.

The parents of the children are now facing felony child neglect charges, and the 3-year-old has since been removed from the home and is in the custody of child welfare officials. Authorities said if the children are willing to cooperate, the parents could be facing more serious charges.

The girls are charged with premeditated murder and if convicted could stay behind bars until the age of 21.

“It’s hard for us to get our arms around this act,” Columbia County Sheriff Mark Hunter said. “This is the stuff nightmares are made of.”

Third Circuit State Attorney Jeff Siegmeister, who made the decision to charge the girls as juveniles, said he took into account the abusive history in the home as well as the charges the parents are facing.

“My ethical duty is to make sure justice is done in the case, and it certainly wouldn’t be just for 15- and-11-year-old children to face up to life in prison as an adult,” Siegmeister said.

Veronica Thomas, pastor of White Springs Congregational Holiness Church, spoke with the girls after the shooting.

“These kids are hurting,” Thomas said.