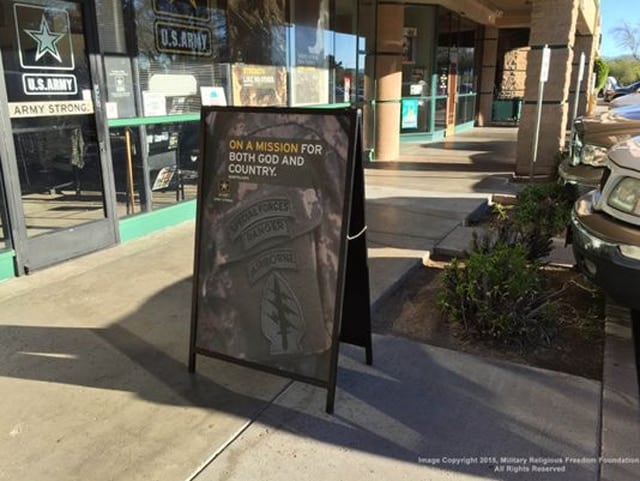 A poster displayed outside a Phoenix Army recruiting office was removed Friday after complaints came in about the poster’s content, which featured a stock image and the words “On a mission for both God and country.”

Apparently the poster has been on display since sometime last year, but started receiving attention after images of the poster started making their way around social media and eventually ended up on the Daily Kos, a website run by Mikey Weinstein, president and founder of the Military Religious Freedom Foundation.

Weinstein referred to the display as a “Poster of Shame” and said it was a “stunning, unconstitutional disgrace.”

The posters are made from a catalog with stock images and nearly 50 taglines to choose from, but the “On a mission for both God and country” tagline, which was created by local recruiting personnel, wasn’t one that was included.

“Had the process been followed, the copy shown would not have been approved,” said spokesman Brian Lepley.