Just a few weeks after the US military summarily shot down Beretta’s new M9A3 pistol’s chances of being the next sidearm for America’s armed forces, the shunned pistol made its first appearance at the Shooting Hunting Outdoor Trade Show 2015 in Las Vegas. If media interest is any indication, Beretta’s newest  iteration of the M9 is sure to be a hit. 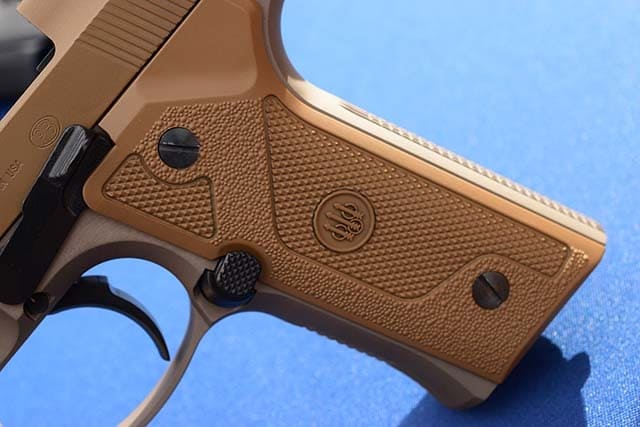 Taking notes from Beretta’s Vertec line of handguns, the new M9A3 features a slimmer grip with shortened trigger pull, to help those who find the original too large for their hands. Though the most immediately noticeable difference between the two is purely cosmetic.

The new M9A3 foregoes the original’s matte black finish for a FDE Cerakote-style finish with matching polymer grip panels, which accent another noteworthy addition to the design: an extended magazine release. Both of these make weapon-handling and reloading much easier for smaller or gloved hands.

Another Vertec-inspired addition is the increased magazine capacity. Unlike the standard M9’s 15-round capacity, the M9A3 adds two more giving the shooter 17+1 rounds of fight-stopping 9mm projectiles at the ready. Though the one improvement that I believe shows that Beretta is serious about making a combat-ready handgun, are the new sights. 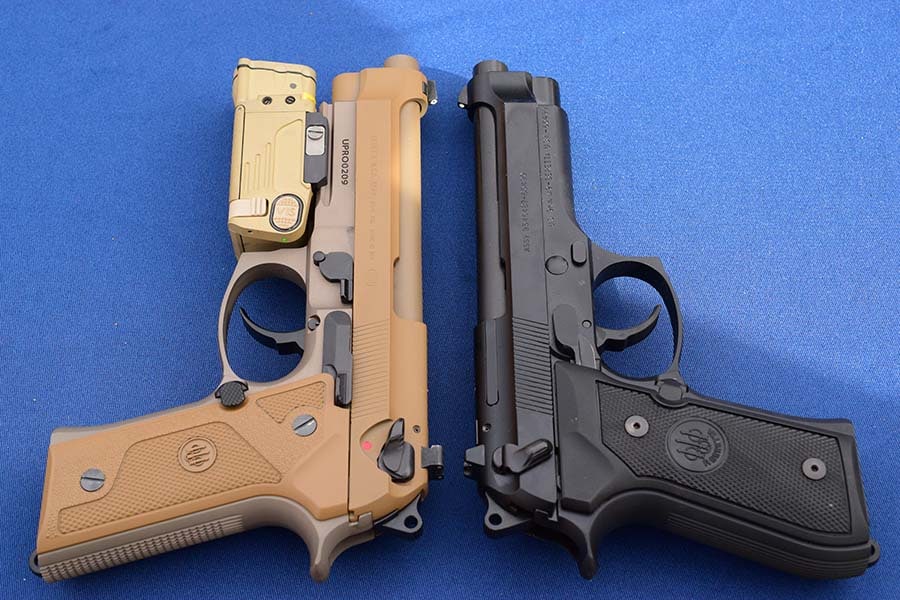 The M9A3 along side the current M9 it seeks to replace (Photo: Jim Grant)

Unlike older Beretta designs who had their iron sights permanently attached to the slide, the new M9A3 features dovetailed , tritium night sights. Allowing shooters to both obtain a sight picture in total darkness or replace the sights altogether as the mission dictates. Interestingly enough, the actual design of the new rear sight appears to be more durable and robust than before, hopefully making them soldier-proof.

No release date or price point have been released by Beretta yet.