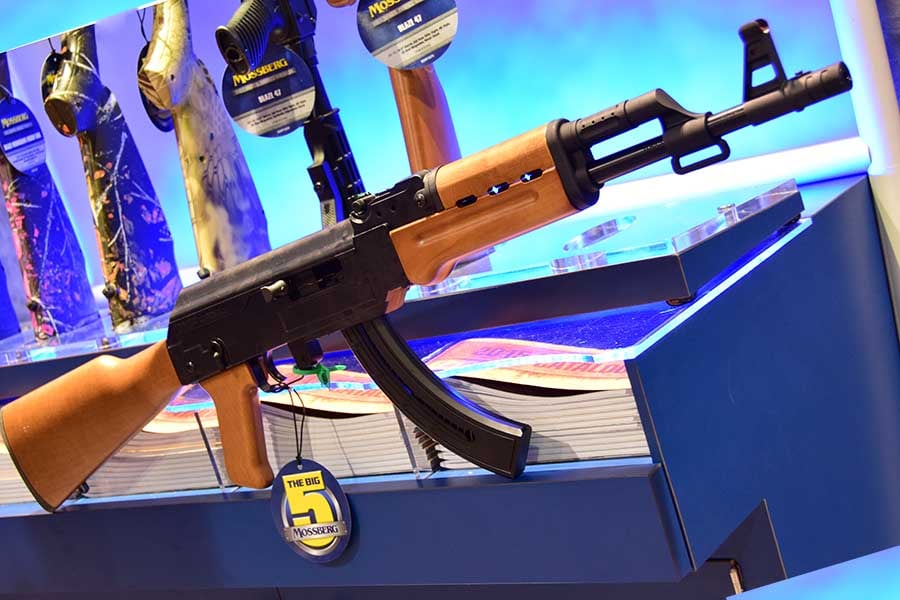 O.F. Mossberg and sons announced several new products on the opening day of SHOT show 2015, including a rimfire AK-47 look alike. Dubbed, the Blaze, it comes in two variants. The first features a traditional hunting style stock while feeding from a removable, ten-round magazine while the second is designed as a rimfire AK47 facsimile named the Blaze 47.

vBoth Blaze 47s ship with an extended, 25-round magazine that features a windowed body, and follower with loading assistor attached. 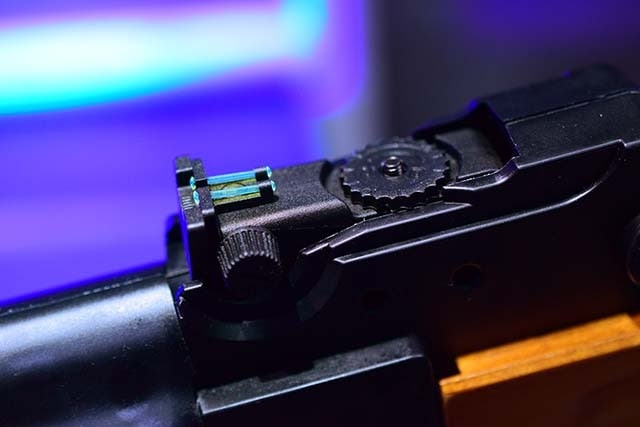 Additionally, all models include an adjustable, green fiber-optic rear-sights and fixed front sight posts. The front sight posts are part of a barrel shroud secured to the barrel with an allen screw.

The most noteworthy feature among all Blaze rifles is how light they are; the traditional models are under four pounds and the militaristic ones under five.

Neither an MSRP or release date was given, but these models will likely hit shelves later this year.