Israeli Weapons Industries brought out their much-anticipated Ace variant of the Israeli Galil to Media Day at SHOT Show 2015, in Las Vegas. Attendees were able to get their grubby mitts on Israel’s take on the infamous Kalashnikov.

While Tim over at Military Arms Channel has had extensive access to the weapon, this marks the first time other media outlets were able to actually use the long-stroke, piston-driven carbine.

Despite a less-favorable opinion letter from concerning braces, IWI plans on having both their full-sized and pistol-brace equipped micro variant of the ace available for sale soon. Their Uzi Pro will also feature the brace. 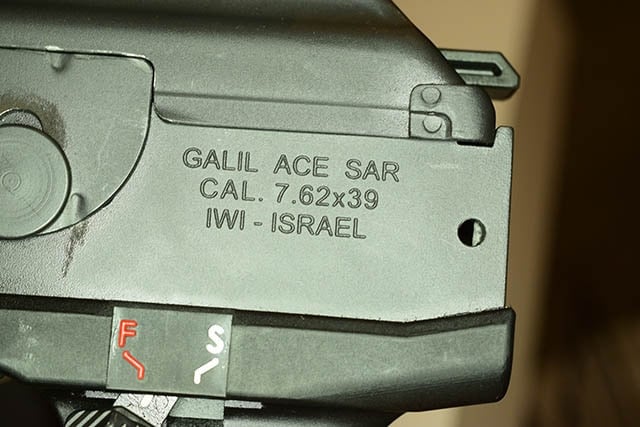 The Ace is a polymer receiver, semi-automatic piston-drive carbine chambered in 7.62x39mm. Feeding from the same magazines as the AK-47, it boasts equivocal reliability to the AKM it derives much of its design from. Despite only firing 30 to 40 rounds through the Ace, one shooter with me encountered a jam halfway through his second magazine.

This was a magazine-related jam where a round freed itself from the feed lips of a steel AKM magazine before the bolt was traveling forward. The round subsequently wedged itself above the chamber, causing the bolt to seize up. Though, this same rifle, magazine combination had over 5,000 rounds through it at that point according to the IWI representative.

Aside from the solitary jam, the weapon ran like a Swiss watch, with a smoother action than the nicest milled AK I’ve ever fired. The recoil was minimal and the sights are far better than those featured on standard AKM rifles, which makes sense because the Galil was designed to replace captured AK-47s in Israeli armories.

The Ace will hit shelves February 2015.