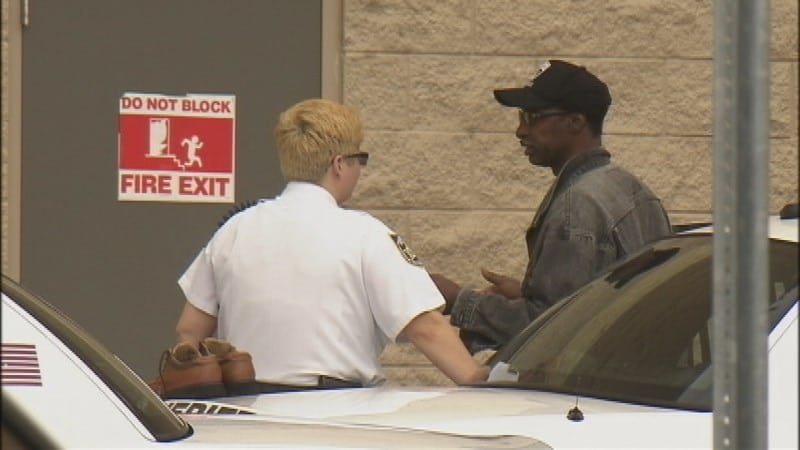 Clarence Daniels was going to the store to grab some coffee creamer for his wife when he was taken down by another customer. (Photo: Fox)

A man was arrested and charged with battery after he tackled a customer in a Brandon, Florida, Walmart Tuesday morning over what was later learned to be a legally carried handgun.

Michael Foster, 43, was in the store’s parking lot just before noon when he noticed Clarence Daniels, 57, take a handgun from his car and place it in a holster on his hip beneath his coat. But rather than calling the police, Foster followed Daniels into the store where he came at him from behind, put him in a chokehold and wrestled him to the ground, a local Fox affiliate reported.

Authorities confirmed that Daniels did, in fact, have a concealed carry permit and was carrying his handgun legally.

“Unfortunately he tackled a guy that was a law-abiding citizen,” Hillsborough County Sheriff ‘s spokesman Larry McKinnon told the Tampa Bay Times of Foster. “We understand it’s alarming for people to see other people with guns, but Florida has a large population of concealed weapons permit holders.”

Foster was arrested and charged with battery. Authorities said part of the problem laid in the fact that Foster never called the police or alerted the store’s security to what he perceived as a possible threat.

McKinnon said citizens should never attempt to take these types of situations into their own hands and that by doing so, it opens the door for a potentially dangerous situation.

“You better make sure there’s a good reason,” McKinnon said. “Otherwise you might be confronting a guy that is legally permitted to carry a gun.”