It’s heavy at around 9 pounds empty. It’s expensive for a pump, with a retail price over $1,300. It’s got an awkward cheekpiece and a fairly unforgiving buttstock. It’s a Cheaper than Dirt exclusive. And it has a trigger pull that’s hard enough to make you think the safety is still on for a second.

But it’s hard not to want. Meet the DP-12 by Standard Manufacturing. It’s a double-barreled, twin magazine-fed pump-action bullpup shotgun. 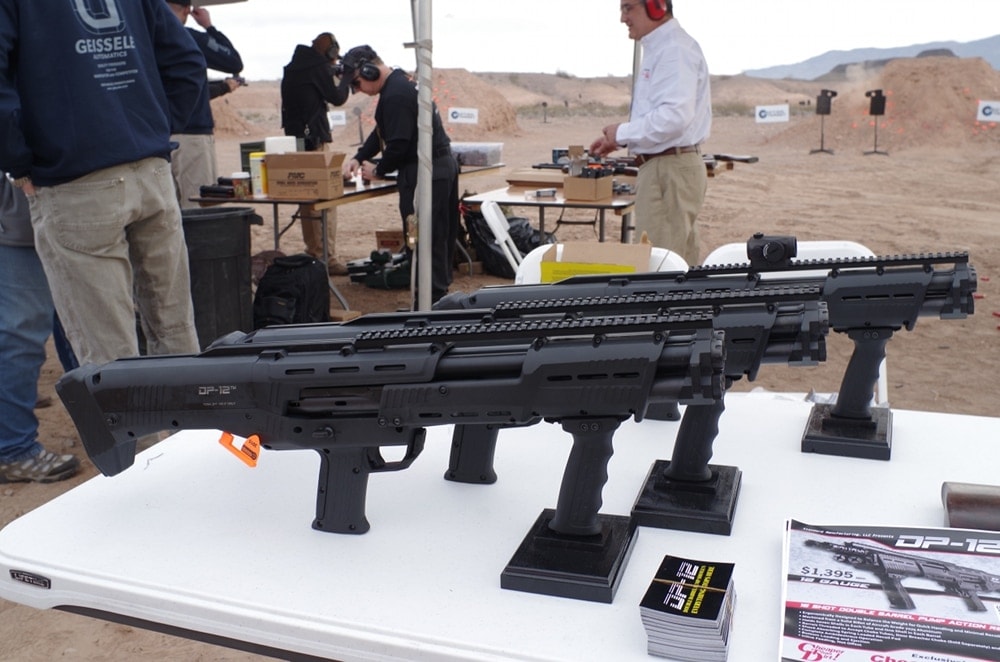 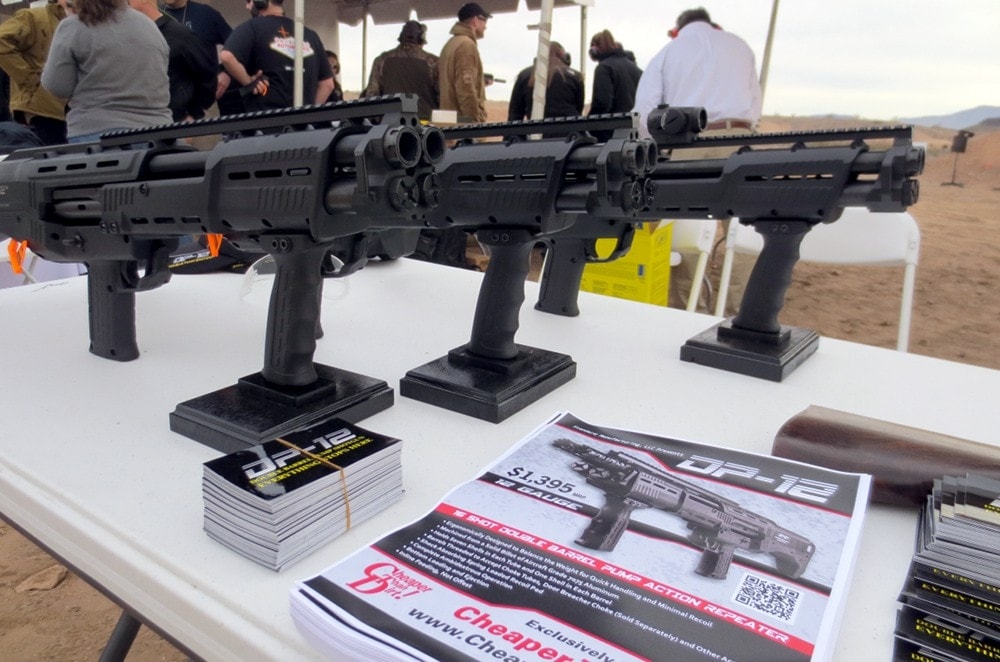 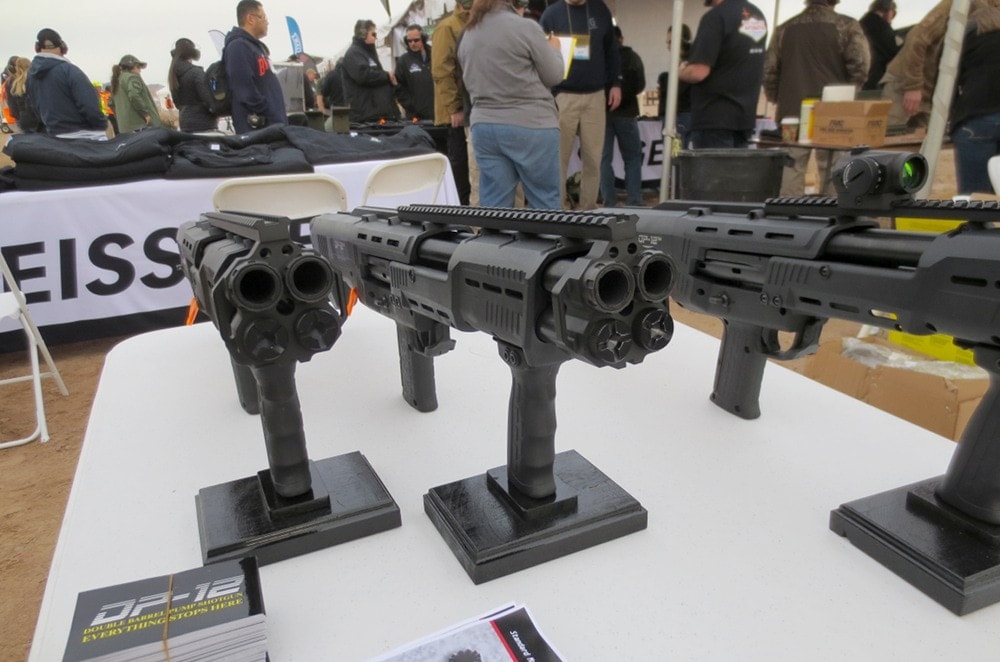 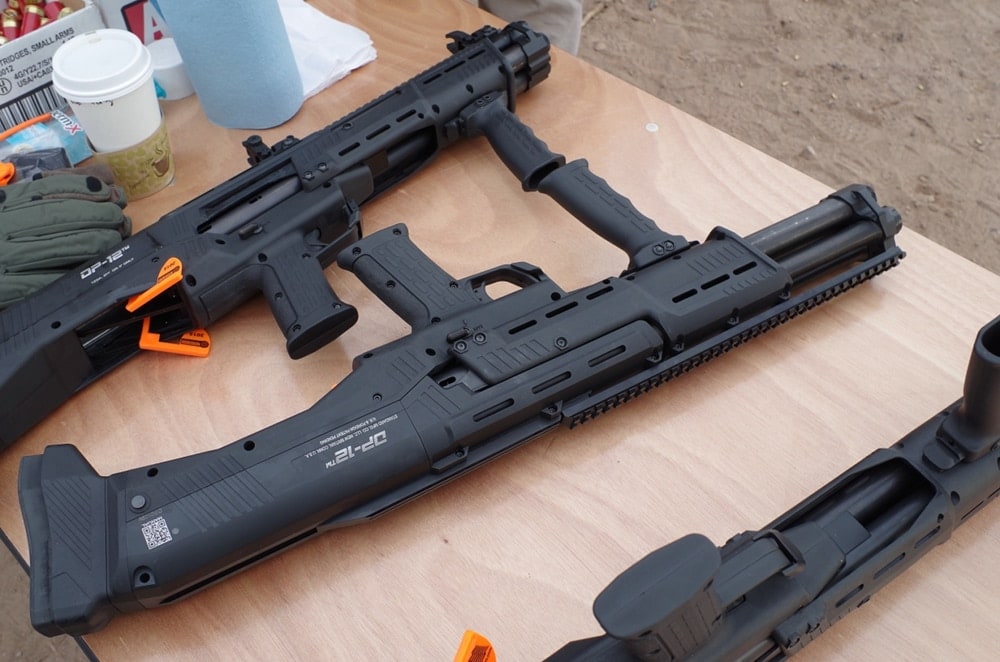 Even from this side. (Photo: Max Slowik) 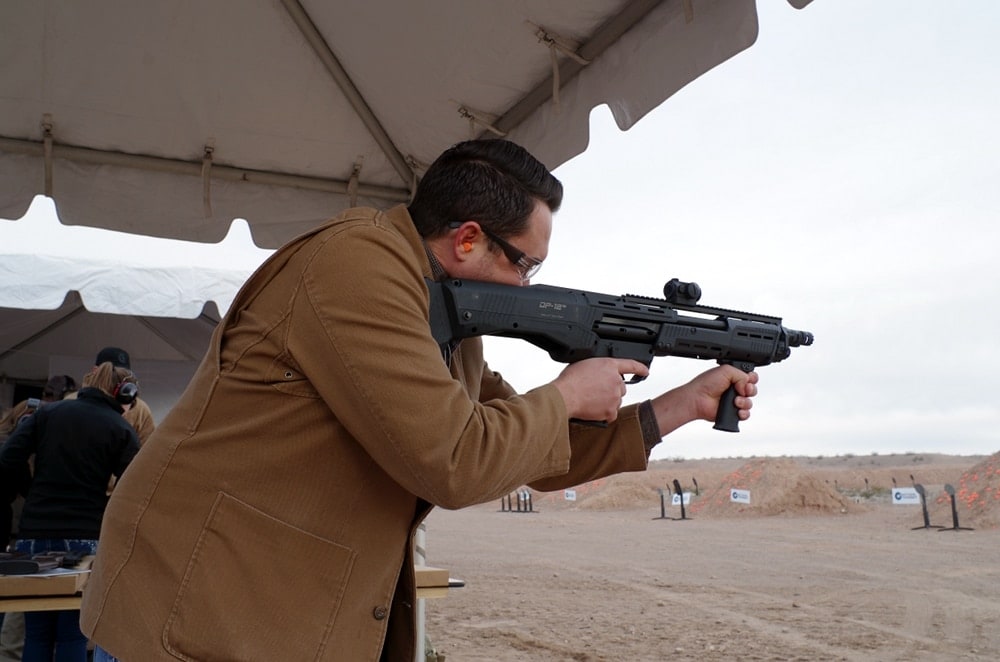 Until you get behind one. (Photo: Max Slowik)

Here’s the treat: with two round chambered, the shotgun alternates between barrels giving the user double the payload for every shuck of the forend. It’s not a volley gun, it fires one barrel with each pull of the trigger, but it gives you two rounds for every cycle of the action.

Time will tell how it plays out once the gun hits the market. Sometimes designs as unusual as the DP-12 face challenges that don’t affect more traditional guns. Sometimes it takes a while for manufacturers to get production down where they deliver a consistent, flawless product.

None of that will change the fact that this is a real eye-catcher. Check it out.