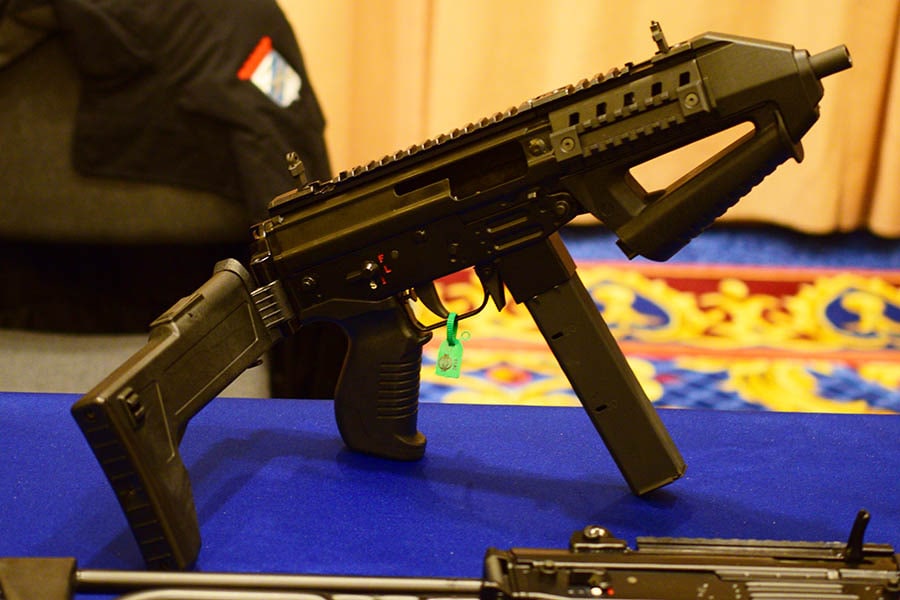 restricted models of the FAMAE SAF include a selector switch and a folding stock. The models being imported feature neither of these. (Photo: Jim Grant)

Chilean military arms maker FAMAE, quietly announced the importation of both their selective-fire, and semi automatic SAF carbines into the US at SHOT show 2015. The SAF series of rifles and carbines enjoy great popularity among Chilean troops, and derive much of their design from the SIG 550 series of rifles.

Despite having several models of SAF rifles on display, only the pistol-caliber submachine gun variants are slated for release at this time. Civilian buyers have their options further limited to a pistol version of the SAF-200, the line’s newest iteration. 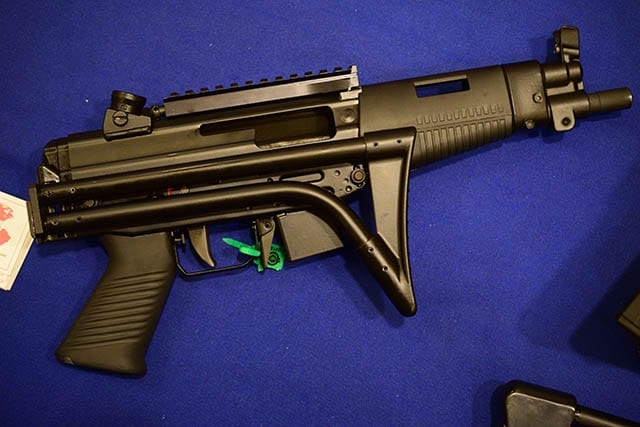 The 200 deviates from the normal SAF line with an adjustable polymer stock in lieu of a folding stamped steel one and includes an angled foregrip built in to the forearm. Like the select-fire versions it feeds from a double-stack 30 and 20-round magazines.
Despite an outward appearance similar to the parkerized magazines used by the UZI submachine gun, the design is proprietary and has more in common with pistol-caliber Colt AR15 magazines.

According to the importer, the SAF-200s on display at SHOT just recently cleared customs absent their bolts with a projected release date of late February. The thought of pistol caliber SIG 550 carbines is tantalizing to say the least. With an expected MSRP of $2500, these pistols will have to really impress buyers if FAMAE seeks to gain a solid foothold in the US market.