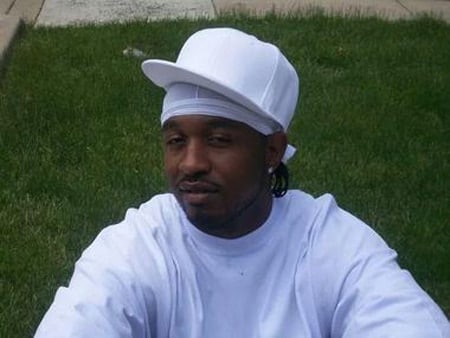 Jerame Reid had a prior criminal history, which included a 13-year prison sentence after he shot at State Troopers as a teen. (Photo: Nj.com)

Authorities released the dash cam footage Tuesday from a traffic stop in Bridgeton, New Jersey, on Dec. 30, which ended with the passenger being fatally shot.

Officers Braheme Days and Roger Worley pulled over Leroy Tutt and Jerame Reid after the Jaguar rolled through a stop sign, local media reported. Days proceeded to tell the men why they were pulled over, then asked to see Tutt’s driver’s license. But Days, who was already acquainted with Reid through prior arrests, noticed a gun in the glove box, and at that point things turned chaotic.

Worley enters into the picture and both officers have their service weapons drawn and trained on Tutt and Reid, as Days reached into the vehicle and removed the firearm. Tutt placed his hands up and outside of the driver’s side window where they could clearly be seen, and Reid raised his hands as well, but didn’t appear to remain still.

Days repeatedly told Reid not to move and to place his hands where they could be seen. Reid responded by telling the officers that he wasn’t doing anything, and for unknown reasons, told the officers that he was getting out of the car. Days again told him not to move and to stay in the car, but Reid ignored the officer’s demands and continued to step out of the car. Once Reid was out of the car, with his hands partially raised, Days fired at least six shots, striking Reid, who died as a result of the gunshot wounds.

Opinions are divided on whether or not the officer acted appropriately.

“The video speaks for itself that at no point was Jerame Reid a threat and he possessed no weapon on his person,” said Walter Hudson, chair and founder of the National Awareness Alliance, a civil rights group. “He complied with the officer and the officer shot him.”

Conrad J. Benedetto, the attorney who is representing Reid’s widow, viewed the video when it was released.

“It’s traumatic,” Benedetto said. “She is extremely upset. To see someone that close to you, it is a powerful thing. There is a lot of shock value to it,” he said of Reid’s wife.

However, Benedetto also added that this early in the investigation, “it would be premature to draw any conclusions without further reflection.”

In addition, Benedetto confirmed that he requested the investigation be turned over to the Attorney General’s Office or “some non-conflicted law enforcement agency.”

Both Days and Worley are on administrative leave while the incident continues to be under investigation.